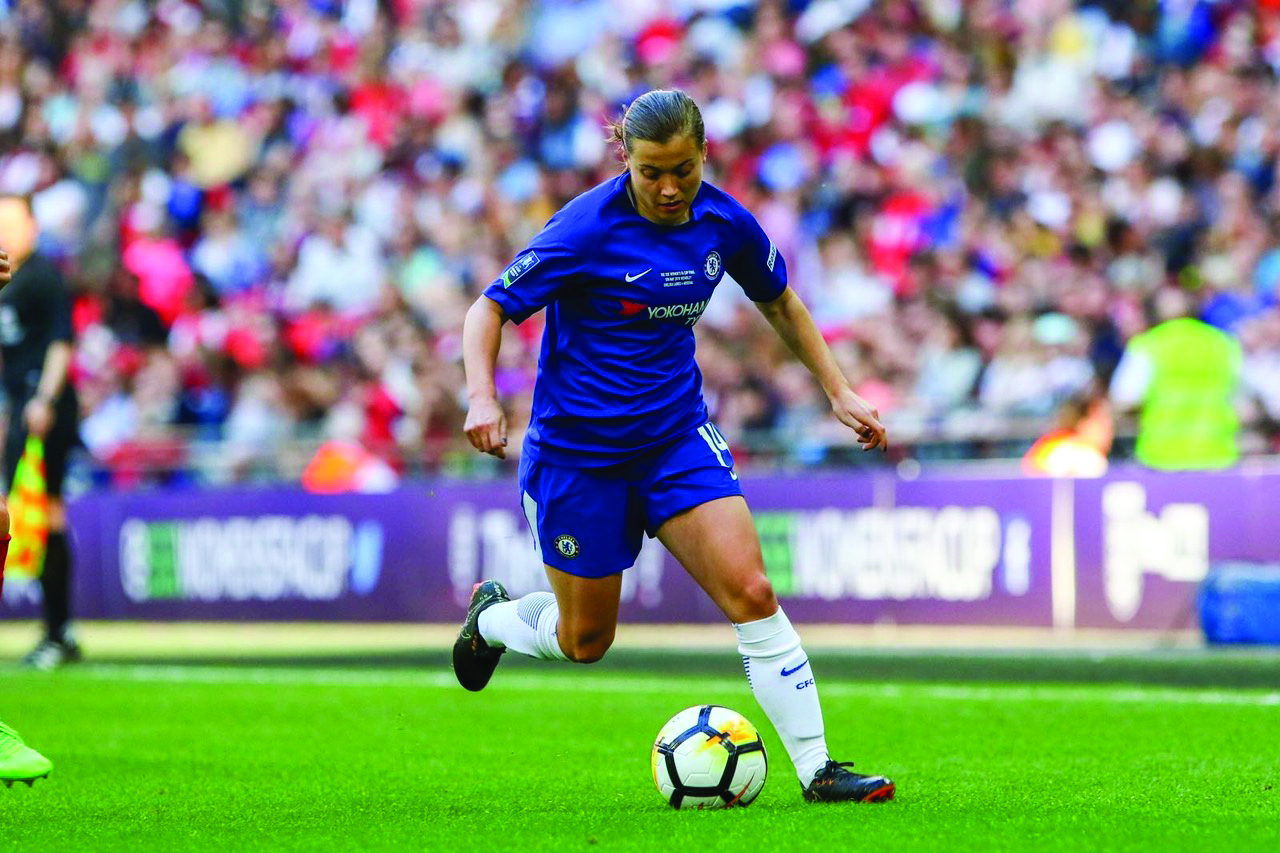 Never underestimate the power of a coach. Here, England and Chelsea striker Fran Kirby, PFA Player’s Player of the Year and the Football Writers’ Women’s Footballer of the Year for 2017/18, explains the role of coaches in her success.

How have you found life under England boss, Phil Neville?
He seems like a really nice guy and he has that desire to improve us a players. I think he has really taken into women’s football. He has come to near enough every game that we’ve played in (in the WSL) and he wants to do well. That’s one thing that we’ve all learnt. He wants to play a good style of football too. He wants everything on the floor, he doesn’t want us kicking long.

What do you think he has taken from the coaches he has worked under?
Well, he has obviously worked with some of the very best, hasn’t he. You can see that he has taken things from the likes of Sir Alex Feguson, little things, like making us watch the USA lift the SheBelieves Cup earlier this year. He wanted us to know how it felt like to watch another celebrate a trophy that we could have won ourselves. You can see that he has worked under some of the best managers out there and you have to respect him because of the professional career he has had.

It has been a good start under him too, hasn’t it….
We’ve got some good results and I think everyone is enjoying playing under him and playing the kind of football that he wants to play. Hopefully he’ll be good for us moving forward.

“He wanted us to know how it felt like to watch another celebrate a trophy that we could have won ourselves.”

Emma Hayes has also worked wonders with Chelsea – what are her strengths at club level?
I really like Emma, she’s a people person. First and foremost she’s female so she understands everyone in the room, she understands that we all go through different emotions. I think she really looks out for you as a person and I think that’s just one reason why she’s so well-liked and so well-respected by the players. We have a lot of confidence in the team and the environment that we have at the club. She knows that she has one of the best teams to work with and a lot of the girls do sign for Chelsea because of Emma and the way that she comes across. She makes you feel good about yourself as a player and she wants players who have the right personalities to come to Chelsea, that’s really important to her and for the club. You get a lot of people working with women’s football who don’t know how to deal with females but she’s just someone who tells you how it is and you appreciate her honesty.

Which coaches have had the biggest influence on you as a young footballer?
There have been quite a few. I spent a lot of years at Reading, where I worked under Jayne Ludlow, who played at Arsenal and also played for Wales. She’s now the manager of the Welsh national team. She was really influential when she first came in. She was one of the first people to tell me that I really needed to work on my strength and couldn’t just run around and not get kicked up in the air. She made me my first ever gym programme and got me running. She played a huge role in my development – she really helped me to identify what I needed to do to be at the best level possible and to peak at the right time. Kelly Chambers at Reading was also brilliant. She coached me as an under-14 so really spent a long time with me as a young footballer. There was a real homely feel at Reading, that’s something the coaches really worked on providing. After that I wanted to make sure I joined a club with the same kind of ethos, which Chelsea definitely has.

Images thanks to Chelsea FC.