You are here: Home / News Articles / Take inspiration from the best coaching moment of 2019

You can vote for the best coaching moment of 2019, and draw inspiration from six nominees who have something humanistic to support and guide their athlete or athletes.

Those with an interest in a career in sports coaching can take inspiration from many forms, not least the best in the business and the best sporting moments.

Moments of sporting success require herculean athletic efforts, but behind them are hours and hours of training and assistance from coaches, nutritionists and more.

And the country’s finest coaches and their best moments are to be decided by a public vote. UK Coaching has officially opened a public vote for the Great Coaching Moment of the Year award category as part of its UK Coaching Awards, with England coach Gareth Southgate, Liverpool FC’s Jürgen Klopp and the coaches behind the successes of Dina Asher-Smith and Adam Peaty nominated as finalists.

The Great Coaching Moment of the Year celebrates the moment that distinguishes a coach from their focus on a game or a result to their focus on the person or people in front of them; the moments when ‘we’ see or hear about a coach doing something humanistic to support and guide their athlete or athletes.

If you’re interested in a career in coaching and trying to emulate this year’s nominees, you can find a whole host of advice, interviews with coaches and the latest job opportunities in our teaching and coaching zone.

Southgate was selected for his display of decision making and leadership qualities, supporting and protecting his players and backroom staff as they managed the racism that overshadowed England’s win in Bulgaria during Euro 2020 qualifying.

There is one moment from the match that shows the type of person-centred bond that Southgate has with his players: his heartfelt embrace with Marcus Rashford as he was substituted from the game.

Essex-born coach John Blackie (header image), who Dina Asher-Smith has called her ‘second dad’, was selected for his great coaching of the British sprinter, who earlier this year triumphed at the World Athletics Championships in Doha, winning 200m gold, 100m silver and 4x100m relay silver.

Asher-Smith’s journey with Blackie began at Blackheath and Bromley Harriers AC, when she was just eight years old. In a candid column she wrote in The Telegraph prior to making history in Doha – becoming the first Briton to win three medals at a major global athletics championships – she thanked him for the crucial role he played in the making of her success, commenting on his joy in supporting and helping others to fulfil their potential.

It is fitting that Asher-Smith then went on to share her moment in the spotlight with him, dedicating her world gold to his ‘patience, intelligence and wisdom’.

After finishing as runners-up in the 2017-18 UEFA Champions League final, Liverpool manager Jürgen Klopp made amends this year, beating Premier League rivals Tottenham Hotspur 2-0 in Madrid. The win gave the German his first trophy with Liverpool and his first Champions League title, cementing his name in the hearts and minds of the Anfield faithful.

The coaching moment to savour came in the second leg of the semi-final, when Liverpool produced, arguably, one of the best come-backs in sporting history, booking their place in the Champions League final by thrashing Lionel Messi’s Barcelona 4-0, having been 3-0 down from the first leg. With his arms clasped around the shoulders of Virgil van Dijk and Mo Salah, Klopp belted out the iconic ‘You’ll Never Walk Alone’ in harmony with the Kop, bringing the community of supporters together with the players and lifting the whole club.

Mel Marshall is one of Britain’s most decorated swimmers, and the world-class swim coach who helped mastermind Adam Peaty’s success. This year, Peaty broke his own world record in the semi-final of the 100m breaststroke at the World Aquatics Championships in South Korea with a time of 56.88. Going on to retain his title and win gold in the 50m breaststroke as well.

Their coach-athlete relationship started when Peaty was 15, with Mel motivating his rise from a club swimmer to a World, European, Commonwealth and Olympic Games champion.

In a recent Instagram post, Peaty encapsulated their coaching journey, with a snapshot of them working together and the caption ‘If you want to go fast, go alone. If you want to go far, go together’. On top of that, he also dedicated his Swimmer of the Year award at the British Swimming Awards to her.

This year’s Great Coaching Moment of the Year shortlist was selected in partnership with the Sports Journalists’ Association (SJA) – the largest member organisation of sports media professionals in the world. You can cast your vote at www.ukcoaching.org/GCM

UK Coaching’s Director of Coaching, Emma Atkins said: “This line up demonstrates that Great Coaching in high-performance and elite sport isn’t, necessarily, always about the result or outcome. It can be about the strong lifetime bond formed between a coach and their athlete at a young age; or cherishing the moments of great success against the odds with your team; or being a source of light and great strength for your players in moments of darkness. I look forward to seeing who the public choose as their winner on the night of the Awards.” 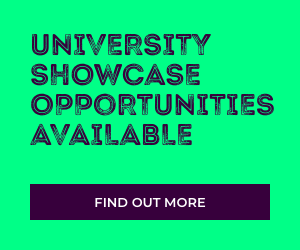