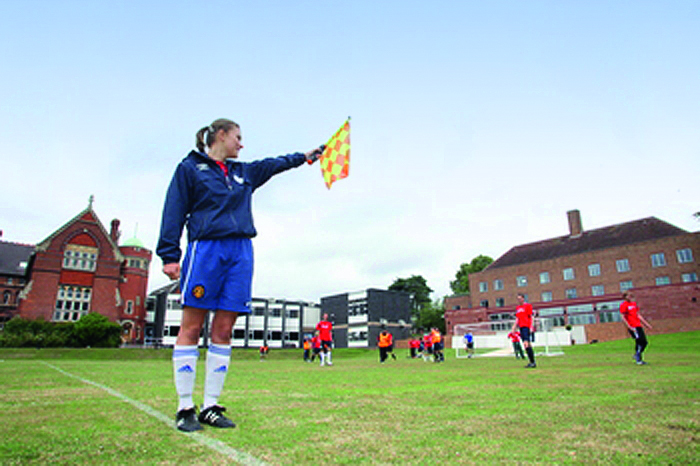 Interested in becoming a Football Referee? Or Maybe you just simply want to understand why certain refereeing decisions are made? Well, you’re not the only one, more and more people of all ages, genders, races and abilities are getting into refereeing.

If you would like to become a qualified referee, you need to take part in a Basic Referees Course with your local County Football Association.

If you would like to speak to someone in your area then please use this link which will direct you through to the appropriate County Football Association where a member of staff will be happy to help.

If you’re still in the browsing stage, there are more details on the Information for Referees page, take a look.
To become a referee you must be at least 14 years old and a resident of England.

If you’re looking to find out more about refereeing Click below and read away.

Women’s Development
One of the National Game department’s primary objectives is to get more women involved in refereeing. To help this, we have developed the Women’s Pathway to support women in achieving their potential.

More formats of the game
There are more versions of the game than simply 11-a-side. Find out more about the Small-Sided game, Futsal and Disability football.

Meet our workforce
As well as the team at Wembley, thousands of staff and volunteers around the country aid referee development. Find out more about their roles and how they support referees.

RA-FA Youth Council
The Council is a group of 12 referees aged 16-25 who aim to improve the landscape for other young officials.

Information on the Contributory League
The latest referee appointments for the following Leagues: