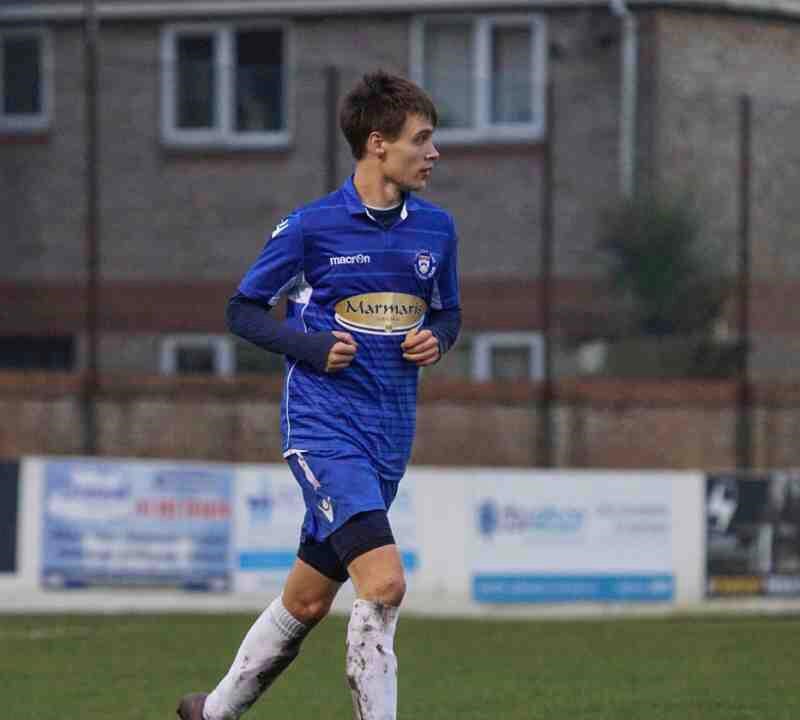 SCL and Lowestoft Town FC Academy’s Josh Parry recently impressed both on and off the pitch to secure his place on Morecambe Football Club’s training programme.

Having linked up with club’s Under-21’s development squad, Josh Parry recently announced that he’d be leaving the full-time education and football development programme at Lowestoft Town to continue his studies and training at the Merseyside-based programme.

Having enrolled onto SCL’s programme six weeks into the academic year, Parry settled in with ease, instantly demonstrating his strength both on the pitch and in the classroom.

Over the summer, Parry’s skill and hard work paid off as he was fortunate enough to secure a trial with Morecambe FC. Parry’s performance resulted in an invitation to a training period with the Academy, and an offer for a full-time position on the squad.

With the hope of progressing players into the Morecambe 1st team, the development squad’s main objective is to prepare the players for senior football.

FE Sports Lecturer at Lowestoft Town FC Academy, Sam Leslie, explained: “We always knew Josh wanted to spread his wings and try and better himself as much as possible. As a club, we are disappointed to be losing such a driven individual but we wish Josh all the success in his future career.”

On his time at the Academy, Josh Parry added: “The Lowestoft Town FC and SCL football and education programme was very good. Thanks to the football coaching and various training sessions a week as well as a competitive fixtures schedule, I felt it really improved my playing standard and fitness which then allowed me to push on.

“The education itself was also very good, the standard of teaching and support was very high and the layout of the SCL programme was also easy to follow.

Parry continued: “Without this programme I do not believe I would’ve been able to successfully push on to start my new adventure with the Morecambe FC U21 development squad. So a big thank you to everyone involved at Lowestoft Town FC and at SCL.”

The full-time education and football development programme prides itself on its unrivalled exit routes and progression opportunities for its learners.

Curriculum Manager, Ian Cooper explained: “Our underlying aim in all our educational programmes is to develop the individual, academically, personally and socially to ensure they leave us a well-rounded and developed student. What is so pleasing to see is that Josh is continuing to follow his dream, this is a credit to Sam and all the staff at Lowestoft Town FC and all the more impressive this has taken place in the inception year of the programme. We all wish Josh all the best for his exciting future.”

Gary Keyzor Chairman of Lowestoft Town quoted: “We are very proud that Josh has earned himself a place at Morecambe Football Club, our aim is to bring on these talented young players in the hope of them making the grade with our first team, however if any player like Josh gets the opportunity to fulfil their dream at a higher level than that is testament to our education programme and coaching team and shows to others who may be contemplating joining us in the future what may be achieved from the Lowestoft / SCL programme.”

To find out more about the Lowestoft Town FC Academy programme, in partnership with SCL, or if you know someone aged 16-18 years’ old who would like to apply, visit https://wearescl.co.uk/lowestoft.