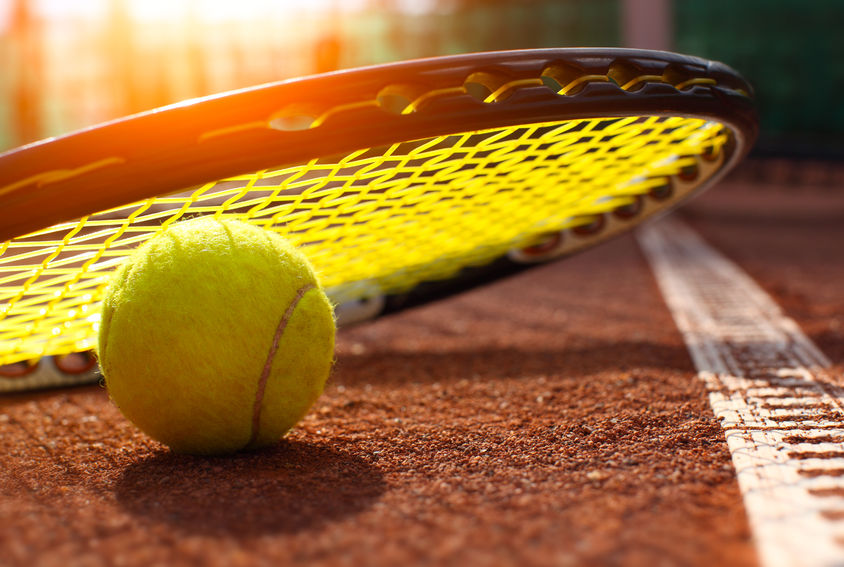 If you’ve never been able to understand why so many of us love whacking a neon ball with a racquet, or what all the hype is about when Wimbledon comes on each year, then keep reading…

Why should we spend our time on the court?
Time is precious to all of us; when we’re not studying or working, it’s hard to convince ourselves that there is something better to do than napping, eating or binge-watching TV. However, tennis players have been proven to be some of the happiest people; by engaging the mind and body at the same time, tennis makes us healthier, more confident and less stressed – aka, happy.

How easy is it to get involved?
Very! There are over 20,000 courts across the UK, and plenty of projects taking place to get more of us to join. The Lawn Tennis Association is running its #GoHitIt campaign, as well as Tennis Tuesdays and Advantage Tennis Training. There are also thousands of clubs across the country, if you’re keen to get involved in local league competitions. And for those of us missing that competitive nature but still up for swinging a racquet, there’s Cardio Tennis; you’ll burn a shed load of calories.

Is it expensive?
For those keen to play the sport as a hobby, schemes such as ‘Tennis for Free’ have made the game a lot more affordable. If you’re not keen on joining a club, then as long as you have a racquet and a free court, you shouldn’t be spending too many pennies.

And for those of us missing that competitive nature but still up for swinging a racquet, there’s Cardio Tennis; you’ll burn a shed load of calories.

Who can play?
Anyone. There are many different programmes that cater to people of all ages and abilities. LTA Mini Tennis is getting the younger ones involved, while the Tennis Foundation caters to those with disabilities. Not only is champion wheelchair tennis a thing, there’s also an adapted version of tennis for those who are deaf, visually-impaired or have learning disabilities.

Any other business?
To get more of your mates involved, try Touchtennis. It’s the closest thing to five-a-side tennis you’ll find. Players use foam balls and 21-inch racquets on smaller courts. There’s even a Touchtennis tour to play for rankings and prize money.

The longest ever tennis match was played between John Isner and Nicolas Mahout at Wimbledon in 2010 and lasted 11 hours and 5 minutes.

Around 42,000 balls are used in a single Wimbledon tournament.

24 tonnes of strawberries are ordered for Wimbledon each year

During a 2.5-hour match, the ball is usually only in play for 20 minutes.

The shortest match ever played lasted 20 minutes and was played between Susan M. Tutt and Marion Brandy.

Venus Williams became the fastest server in women’s tennis after a recorded serve of 205 km/h.