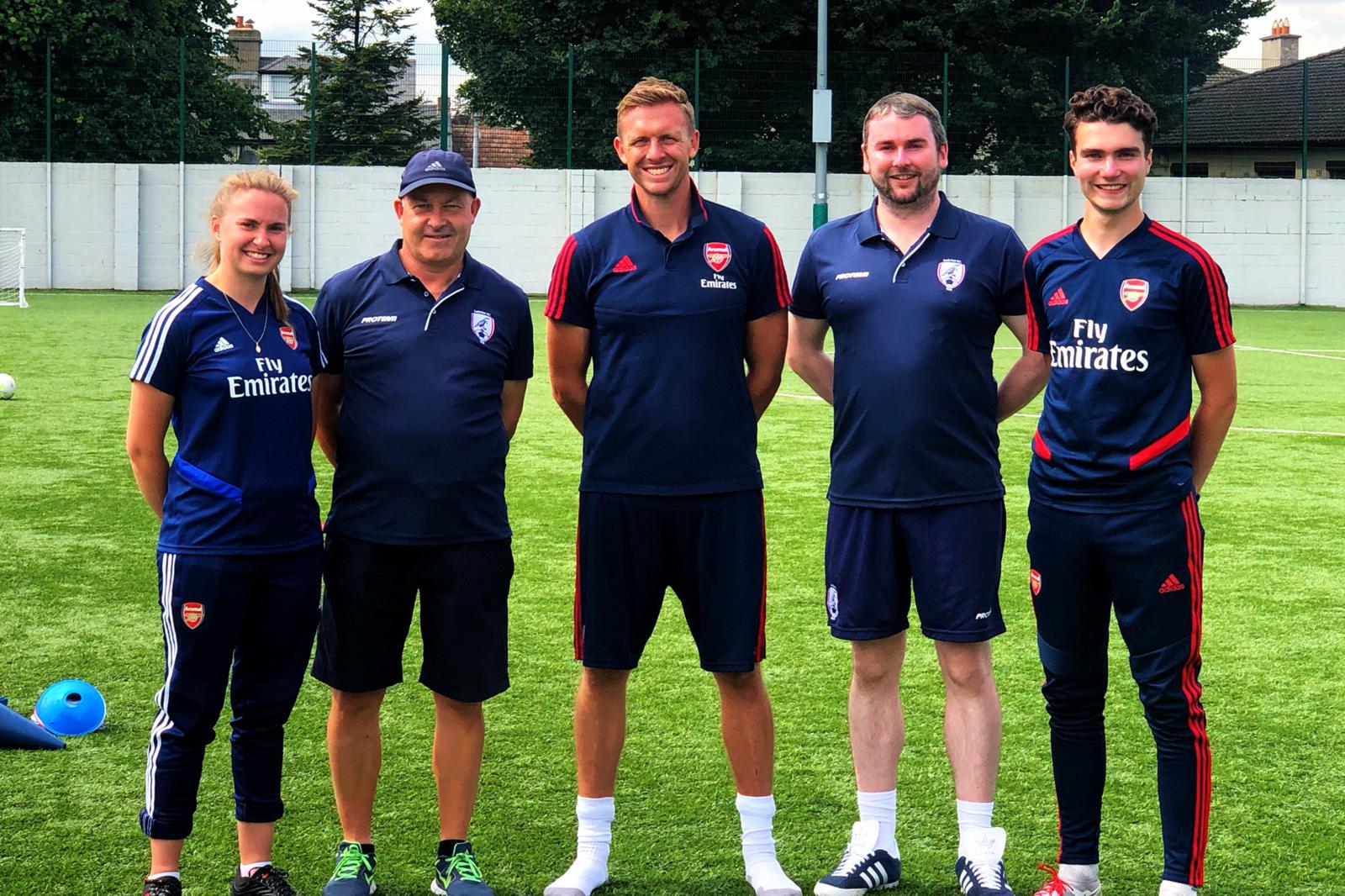 Football coaching is about more than honing the skills of talented academy players, it about ensuring that the benefits of the sport are felt far beyond the confines of the field of play, something that Tom Hartley, one of the head coaches for Arsenal’s female academy, knows only too well. Here, he talks to Careers in Sport on his career in football coaching, the projects that he has been able to become involved in through football – and the kind of influence that sport is having on young peoples’ lives.

Tell us a little about the Twinning Project you’ve been working with the past 12 months….

It’s a fantastic initiative that connects football clubs from the Premier League, Football League & Non-League to twin with their local prison, with the overall objective of reducing re-offending and supporting people finding employment on release from prison. On a basic level, it’s bringing together professional clubs and prisons across the country and using football as a means of getting prisoners to positively engage with the sport. It’s an incredible piece of work and one that has so much potential to make a real difference. Until a year ago I had never really worked in that environment. It has been fascinating to do and to see just how powerful football can be and possibly the most rewarding piece of work I have been involved in during my coaching career. I’ve done quite a lot of work with the project, supporting it within a women’s prison. I’ve also been supporting other clubs deliver their version of the project in other prisons around the country.

Is this project an illustration of just how far reaching the role of football coach is in the modern era?

Definitely. Coaching is a really diverse role. I’ve been really fortunate this year in terms of the breadth of work I’ve been involved in, from travelling with Swindon Town out to Zambia and working on a coaching development and community project out there through to heading over, to Canada and working with a girls’ academy through my work at Arsenal. Then there’s the prison work and also the day job, creating more opportunities for girls to play football at a range of levels, coaching the women’s U14 academy team and supporting development work and the development of coaches at the club. It’s been an incredible year and to have had the opportunity to do so much, not just here but around the world has been fantastic.

Has the diversity of your role helped your development?

Definitely. I think they all add value in different ways. I’ve developed a huge amount through being part of these different programmes, whether that’s from a communications perspective or being able to develop other coaches and share my experiences. I’m taking different things from the different worlds I’ve had the opportunity to be part of – whether that’s how football impacts a community in Zambia through to the impact of the key skills you can enhance and develop through football in the prison project. It has all been massively beneficial.

There are a variety of programmes on the horizon. At Arsenal we’re in the funny position of having the demand to grow the type of work that we’re doing, In my full-time role we have a player development programme that sits just underneath our girls’ academy. That has grown from 80 girls three years ago to just north of 320 girls now. The quality of coaching & and level of player has increased along with the number involved. We’re at a point where it’s now hard to grow because we don’t have enough coaches or facilities to do that. It’s a case of developing and doing the best we can possibly do.

And you’re just about to start your UEFA A licence too?

I am. It’s hugely exciting. I’ve been given a place on the UEFA A Licence course and have also been signed off to tutor the UEFA B Licence too. That’s a couple of personal aspirations that have come to life. The UEFA A is based at St George’s Park and it’s probably one of the most renowned there is. From what I understand they had over 1000 applications from people around the world this year and there are only three courses of around 20 people per course. I’m surprised if nothing else to be there, I feel quite humbled to be on that course.