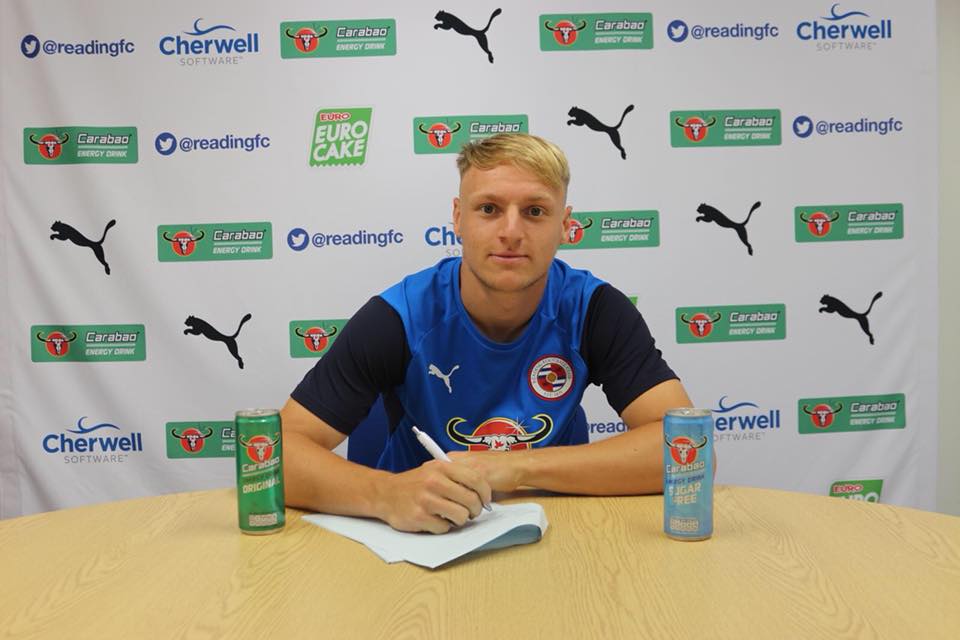 Striker, Liddle, linked up with Reading in March whilst completing his studies, scoring an impressive two goals in his four appearances at the end of the campaign.

One of seven young footballers to have signed their first professional contract with the Royals, Liddle will move up to the under-23 squad in the coming season, with ambitions to establish himself in the squad and eventually push for a first-team place.

Austin Harris, SCL Education Group tutor, explained: “Adam joined Pulse in 2016 and has recently completed his 2-year full-time football development programme based at Tomlinscote School and Sixth Form College in Frimley, Surrey. During his Year 12 and 13 tenures, Adam played an important part in our Elite Team’s league and cup winning double seasons and was our top goal scorer in all competitions.

“Away from football and under the guidance of his education tutors from SCL, Adam successfully completed his Level 2 & 3 Diploma in Sport, as well as his FA level 1 coaching qualification which he used to gain employment during the holiday periods as a part-time football coach.”

“Harris continued: “Adam is in every way a role model to any young and aspiring footballer as he worked tirelessly both on and off the pitch to fulfil his childhood dream of earning a living out of the game.

“This achievement is even more remarkable as unlike many of his new team-mates, he has only played at grassroots, having never experienced the demands and expectations of Elite academy football. This further reflects his sheer determination and work-ethic of proving that dreams can come true.

“We wish him all the very best for his future in football and we are delighted to have supported him through his post 16 education and football pathway.”

Top goal scorer in his first year at Pulse Tomlinscote, and turning heads in grassroots football at Camberley Town last season, Adam Liddle has worked hard to achieve his dream.

“I experienced 2 hugely rewarding and successful years at the SCL & Pulse Tomlinscote Football Academy who provided me with the guidance and support I needed to pursue my ambitions.

“From a football perspective, I want to say a huge thank you to Mark Anderson, Academy Manager, who helped me develop my fitness, game understanding and offered invaluable advice from his own playing background as a striker to play at the top level.”

Liddle continued: “In addition, my SCL Education tutor, Austin Harris, ensured that I remained focused and grounded and he supported me in completing my studies even though education was at times, not always my priority.

“I would thoroughly recommend the Academy for anyone who like me has an ambition to work in the football industry and follow their dreams through the support of in-house industry experts.”

Pulse Tomlinscote Football Academy Manager, Mark Anderson, added: “Adam put his trust in myself, Pulse and SCL, especially Austin Harris, to not only give him the footballing opportunities but also to secure a plan B.

“Austin gave him a lot of advice off the pitch and ensured he concentrated on his studies whilst I tended to look after his football and personal life.

“He deserves this chance as footballing wise he has always remained hungry. He has trained one on one with myself as well as the group and made sacrifices to give himself the best chance.

“He has always remained a great lad, makes time for everyone and I have no doubt that he will always be grateful for his time on the course.

“A magnificent achievement and one that the whole of Pulse is delighted about’.

Steve Franks, Managing Director, Education and Training at SCL Education Group added: “We are always very proud when we hear that one of our Academy students have been signed professionally. Not only does it reflect the excellence of our Academy football coaching but we also know that our students will have educational qualifications to help them in the future.

He continued: “We wish Adam every success for his future career. We are genuinely thrilled by his achievement.”

To find out more about the Pulse Premier Football Academy programme in partnership with SCL, or if you know someone aged 16-18 years old who would like to apply, visit http://wearescl.co.uk/pulse.

The Sports Academy study programme for young adults combines full-time education with sporting excellence and is delivered in partnership with professional and grassroots clubs.