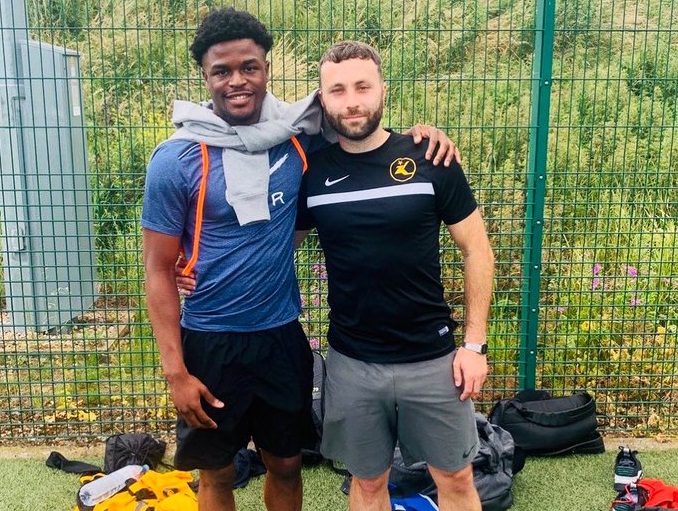 The contract extensions continue at SCL, with Kinetic Academy the latest to re-sign with the UK’s leading providers of education through sport.

Using sport to attract and engage with disadvantaged young people from south London as well as engaging with children in primary schools, Kinetic have signed a three-year extension to their partnership with SCL.

Based at the heart of Croydon, Kinetic was set up in the aftermath of the 2011 London riots by former Crystal Palace coach Harry Hudson, who has helped more than 30 young players from some of the capital’s most deprived areas earn professional contracts.

Bordeaux striker Josh Maja, Manchester City hotshot Yeboah Amankwah and Charlton midfielder Joe Aribo are just some of the names to fly off the Kinetic production line in recent years. Maja rose to prominence with Sunderland before securing a move to French Ligue 1 where he now rubs shoulders with the likes of Neymar, Ander Herrera and Angel Di Maria.

The academy goes beyond football however, with hundreds of youngsters going on to enjoy careers in other areas of the industry as well as giving students access to university and apprenticeships thanks to SCL’s education provision.

“SCL have been fantastic to work with and their education programme really complements our football schedule,” said Kinetic Head of Strategy Hudson, who has also worked at the likes of Palace, AFC Wimbledon, Fulham and Portsmouth.

“Our model places considerable emphasis on the education aspect of the course – if the students don’t take their education seriously then they don’t play football.

“When we welcome our new intake to the course, all of the students want to make it as a pro, but we gradually make them aware that there are other opportunities available to them.

“We appreciate and understand that making it as a professional footballer is extremely competitive and we educate our students to keep their options open when deciding on their next career move.

“I’m really looking forward to working with SCL on a number of exciting projects in the near future.”

Kinetic has more than 100 boys on their full-time programme for 16-18 year-olds, which sees them play football six days a week in conjunction with 12 hours of SCL’s education. Students on the SCL programme can gain a BTEC Level 3 Diploma in Sport, whilst enhancing their development as a footballer under the watchful eye of UEFA qualified coaches.

The academy also has two teams participating in the Central Division of the SCL sponsored Development League, both sides securing top six finishes to the 2018/19 campaign.

Brad Rushton, SCL Managing Director, who has overseen partnership extensions with West Ham United and Charlton in recent days, said: “We’re proud of the work that we do with Kinetic and it’s clearly evident from looking at their alumni that they have a string of success stories both on and off the field.

“Kinetic do a lot of work in the local community, with the ultimate goal of changing the lives of many youngsters in the area, which is perfectly aligned to our values as an organisation.

“Additionally, the programme provides a clear pathway for students to progress their careers away from football, which is equally as important as those making it as footballers.”

To find out more about the programmes Kinetic Academy run with SCL or if you know someone aged 16-18 years old who would like to apply for the programme please visit https://www.wearescl.co.uk/kinetic

There has never been a more exciting time to join the Youth Development League.
To find out more about the League, visit www.wearescl.co.uk/scl-development-league, or to register for the 2019/20 season, contact the Administration Team by emailing league@wearescl.co.uk or call 0345 644 5747.

For more information on SCL visit their directory page on Careers in Sport.