Being ‘sporty’ is an attribute labelled upon children by parents from a young age. From gossiping mums and proud dads, to casual staff room chats by teachers, kids are earmarked as being athletically capable based on their playground and PE lesson displays, but does this athletic ability stem from their parents themselves?

Recent history suggests that sport really can run in the family tree of some families. Elite parent and child combos include Peter and Kasper Schmeichel, the tennis force consisting of Judy, Jamie and Andy Murray, but does having an athletic parent/s really aid the growth of upcoming sportsmen and women beyond those rare elite examples? 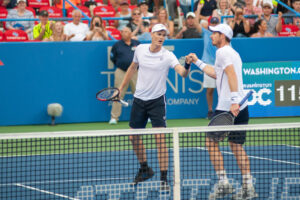 The US Library of Medicine explained that there are benefits to having sporty parents, including muscular and skeletal genetics, but that the sport-orientated environment the child grows up in also is an important influence.

The significant technological advances in the sports industry however means that some advice from former athlete parents may no longer be relevant due to the considerable progression made in the industry.

We spoke to sporting mother and son Ann Brightwell MBE, a former Olympian of distinction, and her footballing son Ian Brightwell, about how their sporting careers differentiated, as well as the key factors they believe sets successful sports people apart from the rest of mere mortals.

The Brightwells are filled with sporting ability; parents Ann and Robbie both competed in the Olympics in their respective events, and two of their three sons established themselves as Premier League footballers at Manchester City. 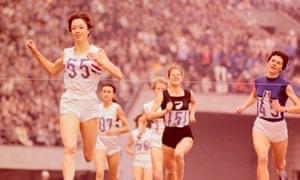 Yet despite her outstanding athletic ability, Ann never truly became a professional athlete. Ann retired aged just 22 and went on to have three sons and write a book about her success. The era of athletics in the 60s was very much different to how it is now; many athletes weren’t actually full-time professionals, the money was never sizeable, and a lot of athletics was voluntary. At that time, being an athlete was an unsustainable career choice.

This is significantly different to the career of her son, Ian, who grew up to become a professional footballer. The defender made over 450 appearances, 321 of which came at Manchester City, where he competed at the top level of English football. The former Macclesfield Town manager also represented England at Under-21s level on several occasions. Ian stepped into top-flight football in a time where technology was progressing at a significant rate, and knowledge of food, fitness and even tactics were evolving.

But despite the radical differences within sport when the pair were professionals, there are great similarities in how both Ann and Ian became reached an elite level of their respective sports. 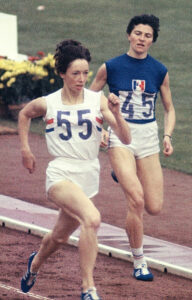 Ann played sports from a young age. She continued her passion for athletics at grammar school and represented Berkshire in the All Schools Championships in the high jump. “By the age of 16, I had joined and trained at Reading Athletic Club three days a week and competed for them under the guidance of one of their coaches,” explains Ann. “At 18, I was selected to compete in my first international match against Italy in the Long Jump having won the WAAAs title at that event.”

By her late teens, Ann was competing on the European stage and soon, globally. She worked her way up through the system to both grow as an athlete and as a person, emphasising the cruciality of embracing the system and listening to all the advice she was offered along the way.

Son Ian had also worked his way through the Manchester City setup after being scouted as a schoolboy for his displays in the school football team. Unlike now, football clubs did not have academies, instead players would compete in their age category before being promoted to youth teams, apprentices and then eventually they would become a professional player in and around the first team.

However, there is an incredibly low chance of making it as a footballer. Clubs cut their squad on a yearly basis and only keep their finest talent. According to wemakefootballers.com, only 180 children of the 1.5 million that play at youth level will eventually go on to enjoy a footballing career. Ian credits his hard work , determination and mindset to his success at a youth level, taking on the advice of the coaches and staff at the club to further his ability.

An aspect of Ian’s journey to the top which was unfamiliar in Ann’s story is the use of information about diets and nutrition. “Nutrition was not something we considered in our day, except it was obvious you needed to eat well to fuel your body in order to cope with the demands you put on it,” explains Ann.

Now, sports teams have a dedicated team focused on nutrition and diets, constructing meal plans, eating schedules and monitoring the food intake of their athletes to give them the best chance of performing at their maximum. Ian was a footballer when this rise in dietary focus was coming into focus.

“Good nutrition was key to fuelling, refuelling and repairing the body – a good, healthy and balanced diet is essential. It all came down to personal discipline,” says Ian.

There has been a huge rise in technology in sports; equipment can now calculate the number of calories per gram of food,  the rate of white blood cell production and even sculpt shoes to get the optimum performances out of athletes, among other things. Some of these technologies are more accessible than others, but even a simple heart rate calculator can teach upcoming sportspeople a lot about their fitness.

But despite the lack of information back in the 60’s, Ann was still able to perform at her best on a consistent basis. It didn’t matter what she did or didn’t know, her ability was key. There is a common misconception among young sportsmen and sportswomen that they are at a disadvantage if they are unable to access the finest equipment, which is not the case.

This applies in the knowledge of health and fitness too. Again, both Ian and Ann had very different experiences with regards to fitness and training. It has always been common knowledge that ‘practice makes perfect’ but the knowledge of the different elements of sprinting simply were not as prevalent in the 60’s. Ann emphasised how in her career, fitness was “only gained through intelligent practice and hard work.”

In comparison to now, where the knowledge of fitness is exceptional, in the 60s the performances were purely based on how well the athlete could perform. Now, focused analyst teams are employed to look at every aspect in order to improve performances. From the angle a sprinter places their feet in the starting blocks, to how a footballer can learn the direction goalkeepers are going to dive from penalties based on their starting position, it’s the finer details that separate the excellent from the very best. 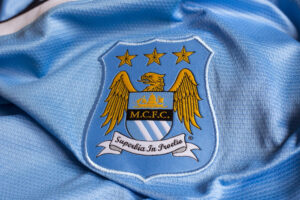 Ian worked his way through the Manchester City setup

Ian explains how his knowledge of fitness enabled him to perform to the highest standard on a weekly basis.

“Fitness is a huge part of being an athlete – there is a fine line between training hard and resting to allow for recovery and to prevent injuries. A balanced training schedule is essential,” he says. For athletes who have competed in the age of technological advancements, they have been fortunate in having sport science helping them improve and tweak their technique, eating and training habits and more. Ian stepped into the top-flight footballing world when this knowledge was becoming more available. Footballers now have the access to the pinnacle of technology and science, but us mere mortals can also access fitness-improving technology and advice online.

There is one important factor which both Ann and Ian highlight that enabled them both to become exceptional athletes: mentality. While so much has changed in sports generally – from science, to nutrition and more – the mindset is irreplaceable. A sportsperson’s confidence can be knocked in numerous different ways, but the ability to bounce back from mental and physical setbacks separate the athletes from ordinary sportspeople.

The mindset of a professional must be incredibly strong and resilient. If your mind is in a vulnerable position then one set-back will have an overwhelming consequence be.. Ian explains: “Professional athletes need to be self-motivated. Coaches can help to motivate but ultimately it comes down to the individual. You must also be confident, which comes with believing in yourself and your ability. Always try to do the things you’ve trained to do even if you’re having a bad day at the office.” This mentality clearly set Ian apart from other bidding footballers throughout his progression through the Manchester City ranks, showcasing that a positive attitude is almost important as your ability itself.

Ann agrees: “Look in the mirror and you will see not only your closest ally but your toughest opponent. Believe in yourself!” she says. 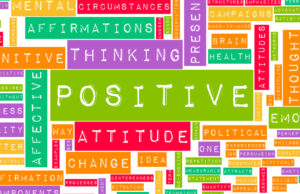 Positivity and resilient is important for success

Ann credits her partner Robbie, already an established international athlete when he met his now wife, for her developing an incredibly positive outlook. “He taught me by example the work ethic that is required to be world class, and that one should never believe that the event you start in is necessarily the best event for you. And so it proved.”

The 60s sporting world is a very different place compared to the modern-day, but the most fundamental part of a successful sportsperson has remained constant. Without self-belief, willingness to work harder and overcome challenges, then success will be reliant on luck.

Here at Careers in Sport, we promote a healthy and positive lifestyle, both physically and mentally. Like anything, belief is important, in any walk of life but particularly in sport. The industry is incredibly competitive and opportunities are scarce, so believe in your ability and give everything your best shot.

“Natural ability will only take you so far,” concludes Ann. “To progress you need to be willing, resilient, self-motivated, brave, hardworking and willing to learn from your mistakes. Never give up.”