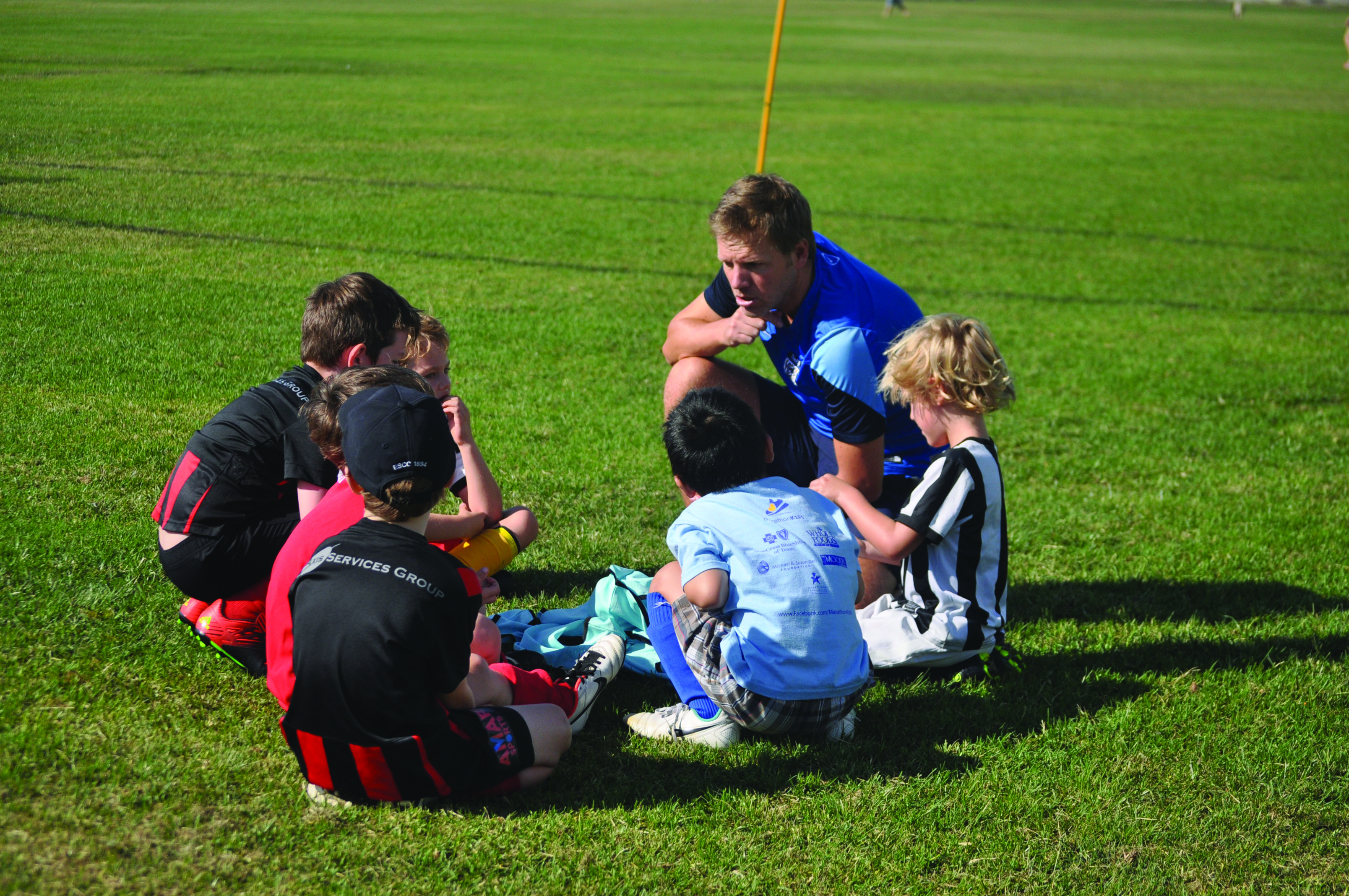 If you train kids, or want to train kids, and you’re looking to improve your sessions, then you could do far worse than design a series of really good small-sided games. Consider what kids would rather do: stand in a line waiting their turn to practise a skill, or play a game? Then consider how many more touches on the ball kids get in a small-sided game, how many decisions they make, and how many more chances they get to score! So, if you’re simply using games as a ‘treat’ at the end of the session, you may want to consider these 10 tips from Gareth Long the Director of Program Innovation & Development at The Australian College of Physical Education.

It’s always tempting to grab a game off the internet or copy a game that you like as a player and include it in your coaching session. However, what is probably more important is that you first consider what you want your players to improve. Is it a technical aspect of your sport, such as going past an opposition player in a 1v1 situation? Is it a tactical aspect, a psychological aspect or a social aspect? It’s fine to combine these, but don’t have too many or the key messages may get lost.

Your SSG must have relevance to the sport the kids play. It is important to remember that kids will most likely play a modified version of the sport that is played by elite players on TV! A key question to consider is; in my SSG, will kids face decisions, skills, and situations that they face in a normal game? If in doubt, keep it simple. For example, in Football, if your SSG has a goal to attack and a goal to defend, players will face decisions relating to being in-possession, out of possession and when possession changes.

Remember that kids are not mini adults. Some obvious things to consider are appropriate pitch sizes, the size of the equipment used and the number of players on the pitch. However, other considerations to incorporate into your SSG may be; can I adapt the language and terminology of my sport? How can I use scoring and points to keep the kids motivated? And what do my players like outside of football (e.g. video games, movies, toys)?

It is important to remember that kids will most likely play a modified version of the sport that is played by elite players on TV!

A simple way of progressing your SSG is to ask yourself how you can make it easier, or more challenging. That way you can adapt the game for individual players, one team, or both teams if they need to be challenged or supported more.

Sometimes players can become demotivated if their team are winning easily or if they are getting hammered. As a coach you may also think your team will be better if they are challenged and get used to playing with and against different team mates. Try random ways such those born in the first half of the month against those born in the second. Short, sharp games where teams change from game to game should keep motivation levels high.

Former World Cup winner and Real Madrid coach Jorge Valdano summed it up well when he said: ‘Who do you think is better at thinking, processing information and making decisions? The brain of one manager? Or the brains of 11 footballers on the pitch, striving towards a common goal?’ You might consider, for example, giving players time to plan and discuss strategies and tactics; using ‘time-outs’ when appropriate to allow players to evaluate; allow players time to get used to the rules and constraints of your SSG and to solve problems themselves.

Most kids don’t like it when a coach stops their game to point out a mistake. However, coaches do need to help a player’s understanding. Perhaps it may be better at times to be on the pitch when the SSG is going on around you so you can quickly speak to an individual player without needing to stop everyone else. Also, rather than it always be you ‘telling’, try involving the players in giving each other feedback and assessing themselves.

‘Who do you think is better at thinking, processing information and making decisions? The brain of one manager? Or the brains of 11 footballers on the pitch, striving towards a common goal?’

It’s the kids’ games, so it seems a good idea to involve them in some of the decisions made. Consider how you can allow and encourage players to make choices and suggest changes to the SSG. Also, how can you allow and encourage players to try things, take risks and to make mistakes? Can they have a say in the format of the game, how points are scored and the shape/size of the pitch?

Praise is important to help motivate players and to help them learn. However, there is perhaps a danger of praise becoming meaningless if too frequent and/or it is not earned. So think what is it you want to praise (for example, effort, good ideas, trying stuff, skill, sportsmanship, being a good team-mate…) and link it back to the purpose of the SSG. Also think about when to praise and how to praise. For example, privately after the SSG, a thumbs up straight away, asking the player to demonstrate what they did to their team mates…?

In this game players have to discuss and agree a team strategy to work as a team and win the competition. More points are on offer for coming back from losing at half time!

– Match ball for each pitch.

– Cones to mark the ‘half time scores’ behind the goals

Teams have to decide how many players and which players they are going to send to each pitch to compete the second half (which will start at the score line shown by the cones).

Have a time-out half way through the second half where the teams can evaluate how well their plan is going and adapt it.

The second halves start at the same time and on the final whistle points are allocated as;

2 points for a win when you were winning at half time.

3 points for a win if it was a draw at half time.

3 points for a draw if you were losing at half time.

5 points for a win if you were losing at half time.

Do reds or yellows get the most points?

Reset the teams, re-evaluate tactics and strategy and play again!

– Have a floating player(s) on each team that can change pitches depending on their team’s score line.

– GKs can defend any of their team’s goals

Gareth is an experienced educationalist, coach, and coach educator. Having qualified from The University of Warwick Gareth taught Physical Education in a number of schools before becoming a Senior Lecturer in Coach and Physical Education at the University of St Mark & St John. He then worked for the Football Association as the PE & Coaching in Education Coordinator for the South West of England, and now works at the Australian College of Physical Education on the Sydney Olympic Park.  Gareth holds a UEFA ‘B’ Licence and a FFA / AFC ‘B’ Coaching Certificate in Football and also an MSC in Coaching from Loughborough University.

Gareth has coached football with a wide range of ages and environments, including grassroots football and the professional game.  He has co-authored several books such as ‘Improving Teaching and Learning in Physical Education’ and ‘101 Classroom Games’ as well as a series of soccer coaching books with Darren Laver (International Street Soccer Association).