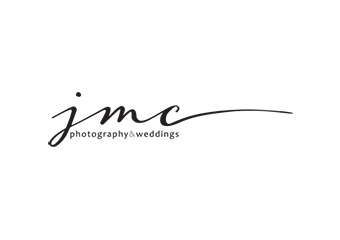 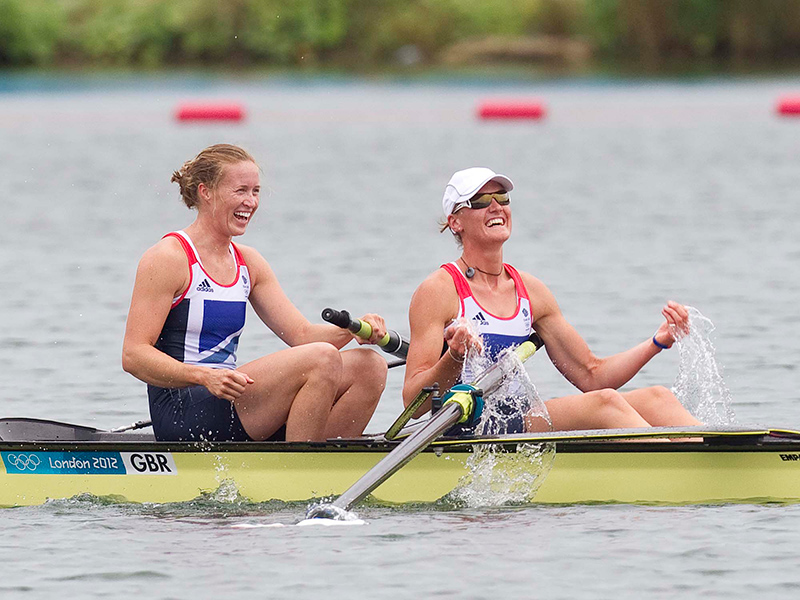 “I like this picture mainly because of the background. London 2012 was a great time to be a sports photographer, as you don’t often get the chance to be involved at such a huge event on home soil. The expected gold rush didn’t happen straight away. Even by days three and four there were still no golds for Team GB. Thankfully, the rowing girls didn’t let us down and from there, the team went from strength to strength.” 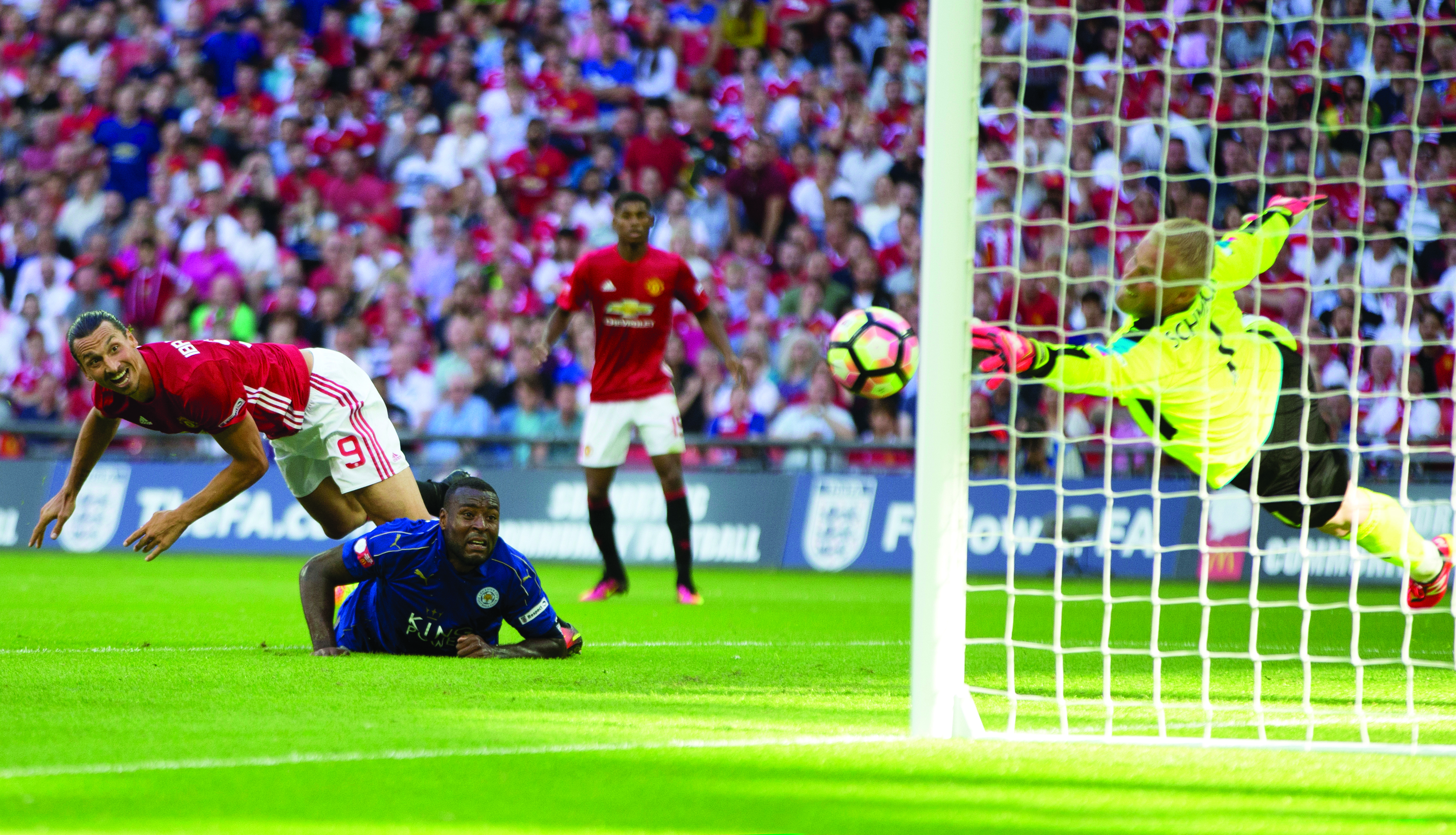 “There was a lot of hype surrounding this game following the arrivals of Jose Mourinho and Zlatan Ibrahimovic, two people who have won almost everything in every league they've been in. This was a tight game heading to extra-time… until Zlatan popped up to score a dramatic late winner.” 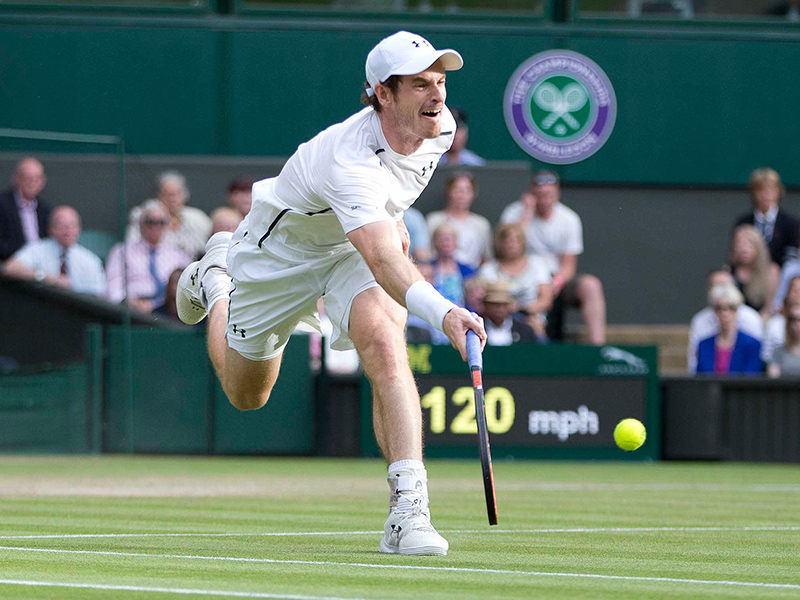 “Covering Wimbledon is always great but can mean very long days, which can be hard over two weeks. Andy always seems to play his matches third on centre court because it is the best time for the BBC's viewing figures, which means a long wait for me! And because I work for The Sun, Andy is always going to be the main picture and story. As he plays late in the day, the sun is normally going down, which can create some really nice backlit images with dark and cleaner backgrounds. It’s always nice to get a different picture than a normal forehand/backhand, so a lunge for the ball, nicely lit, is always a result.” 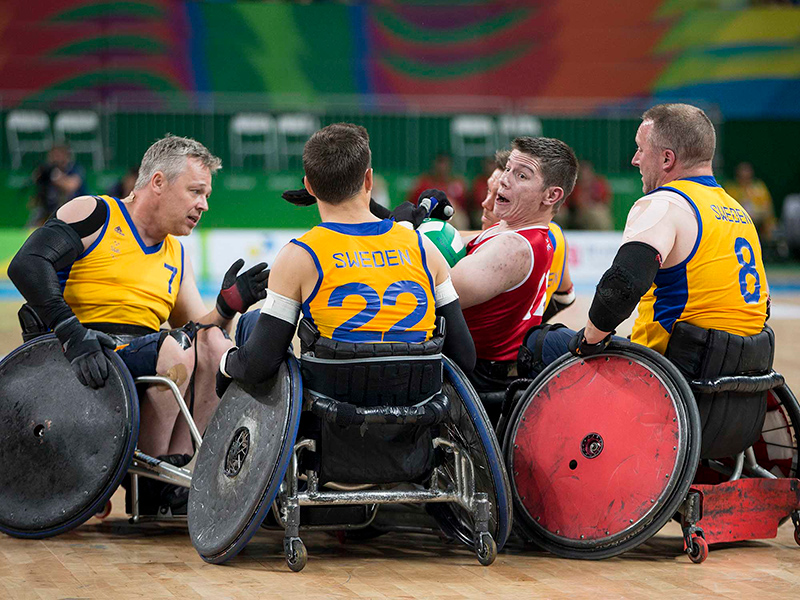 “I was out in Brazil covering the Paralympics for the British team, and was at the velodrome at the Olympic Park waiting for a race in which the British Team were expected to do well. While I was waiting, I was amazed at how great the athletes were, and I wanted to show the speed at which they were travelling. The best way to do this would be a panning shot, where the background has movement but the cyclist’s head is sharp. The Cyclist had only one leg and one arm… amazing.” 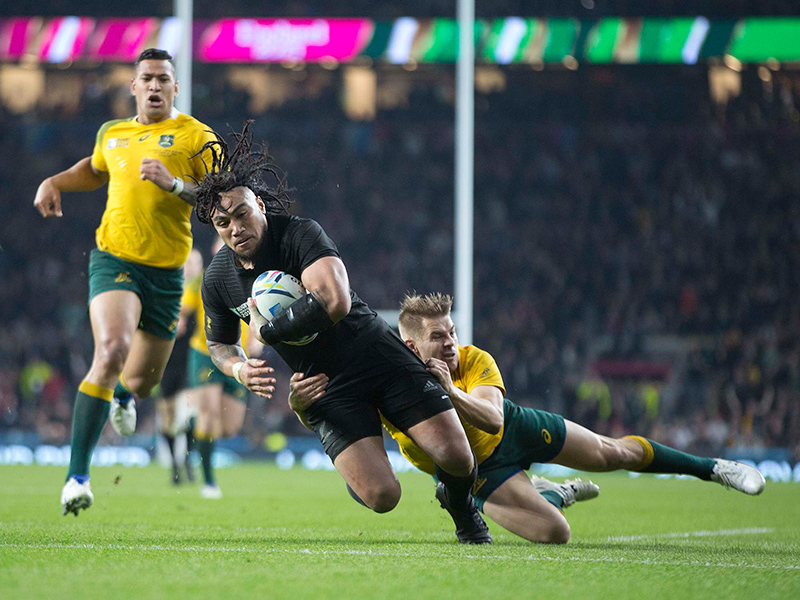 “I was covering the Rugby World Cup for The Sun and after the disappointment of England going out in the group stages, I had the chance to cover the best matches that followed. New Zealand were by far the best team, so it was only right that they won the tournament. This picture was taken in the final. Before the game, you are asked where you would like to sit. I always prefer to sit head on and in the corner, as these are the best angles for when a player dives over the line. However, you have to be lucky, as there is only a one-in-four chance of sitting in the right place. Thankfully, on this occasion, I did!” 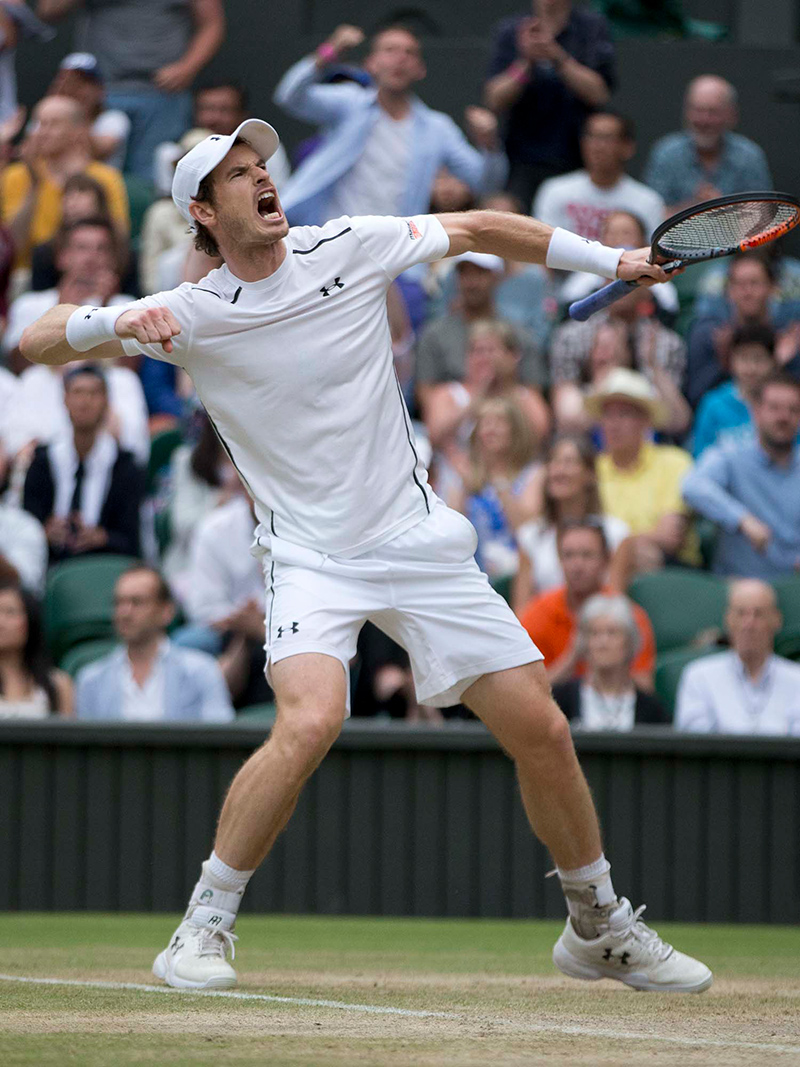 “This was taken in Andy’s semi-final against Jo-Wilfried Tsonga. It was a very tight match and this moment came at the end of a particularly long rally, which Andy won. He let out a big scream and punched the air, which is a bit different from his normal celebrations. A nice change.” 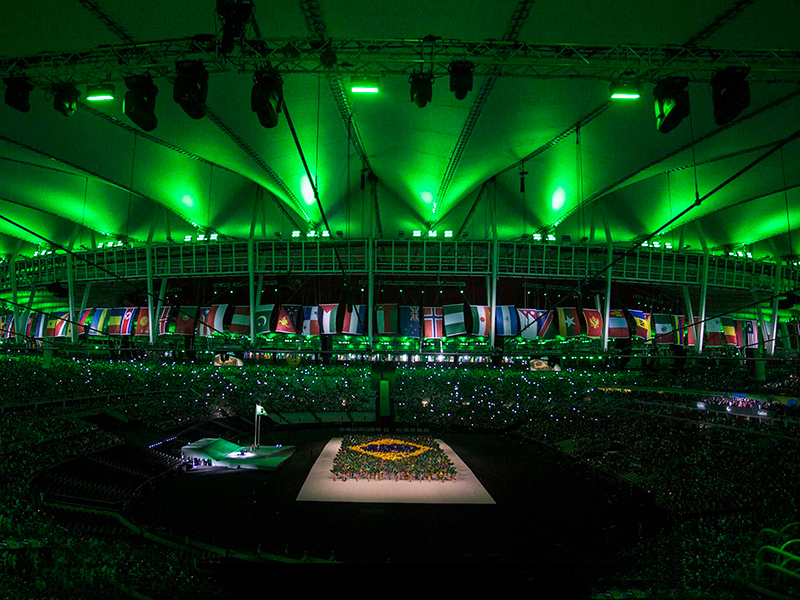 “The 2012 Olympics in London were the pinnacle of my career and being in the stadium that night was a real highlight. The atmosphere was electric and you could feel it all day in the build-up; sometimes while working you can still enjoy the day as a fan of sport. I was halfway up the stand on the corner, in line with the 100m straight, so I had a perfect view of the main show, which was great. Fireworks are always spectacular but always tricky to shoot, so I was really happy with this picture.” 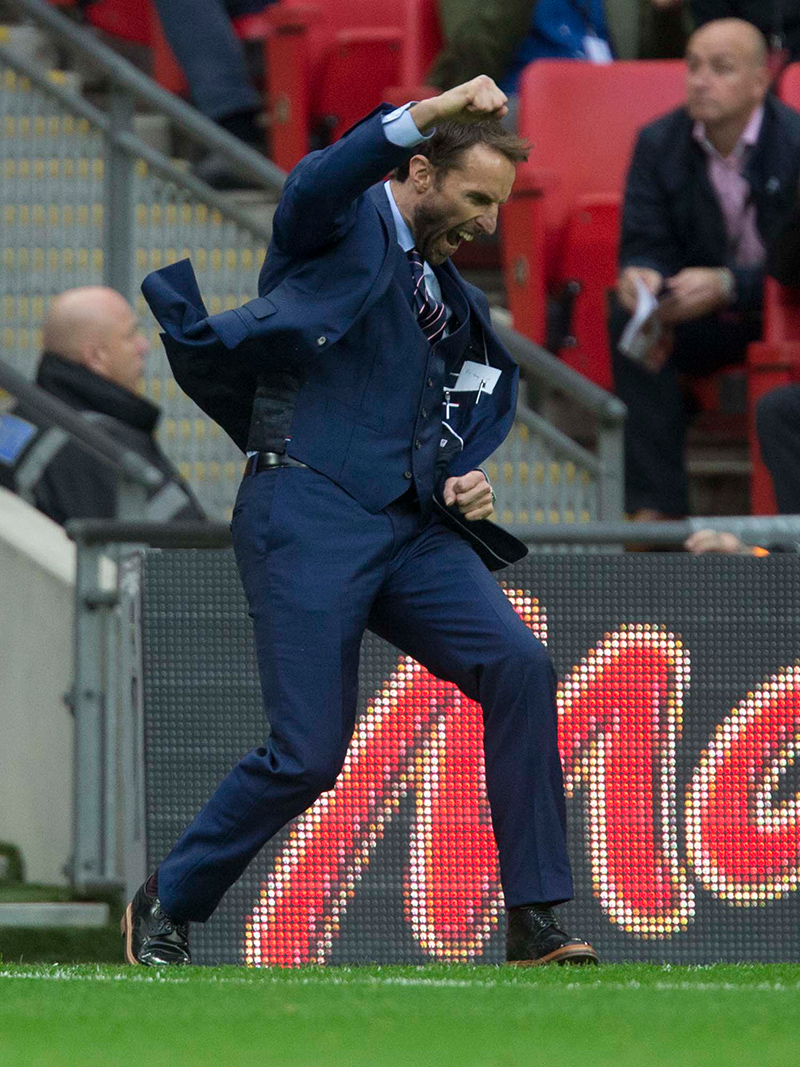 “It was the first game following the scandal surrounding Sam Allardyce, which made a routine match even more pertinent. I normally like to sit behind the goal when I cover football matches and I was all set to do so on the morning of this game, but I got a call from the sports desk asking if I could just shoot Gareth Southgate to get some reaction. Gareth is not the most animated of characters, so I wasn’t expecting to get great pictures, yet when England scored the first goal he got up and did a big fist-pump, which was very unexpected. It did the job!” Jamie McPhillimey has captured some truly remarkable sporting landmarks over the years and this collection of images has shown that sports photographers get to attend monumental events throughout the calendar. If you're interested in sports photography or other sport-related careers then check out our other profiles for more information from those already working in the industry.