'If you want to be a TV presenter, ask questions…'

The chances are that if you watched the World Snooker Championship you will have seen TV presenter Seema Jaswal in action. After starting her career as a runner at Sky Sports 10 years ago, Seema has built up an impressive resume. She recently co-hosted the Professional Footballers’ Association’s prestigious 45th annual PFA awards and filled in for Dan Walker and hosted BBC1’s flagship sport show Football Focus.

Seema currently is a TV presenter for Kick Off and Fanzone for Premier League’s worldwide coverage, which has a global audience of over 700 million. She is also the TV presenter for the British GT Championships for Channel 4 and the eSports host of Gfinity Elite Series FIFA18, which features Britain’s top gamers battling it out.

“The players are great friends.”

You’ve just finished working on the World Snooker Championships – how do you find the crucible?

I love it. It’s a long old tournament but I’m back and forward to it as I’m still doing other things while it’s going on. The people who work on this for 18 or 19 days show great team spirit and energy considering the heavy demands of this tournament. With the snooker, its a little bit like darts, there’s a real family feel. The players are great friends. Very rarely do you see in sport, a final where the person that loses be so gracious and go and party with the winner afterwards. That’s what we saw in Sheffield and see year-after-year in snooker. It’s great.

“I rarely watched it.”

Were you a snooker fan growing up?

No, I wasn’t actually. I rarely watched it. The BBC thought it would be nice to bring some coverage around the snooker, so that people could see what went on outside of the matches. It’s about how Sheffield is transformed over three weeks, all the nice colour pieces that really break up the coverage and allow people a real insight into the sport. Snooker’s governing body is doing so many things to try and change the brand and the image of the sport, in terms of participation and marketing it to the widest audience possible. It’s a really exciting time for the sport.

“It’s going to be a real adventure”

What comes next this summer?

I’ve had Chelsea’s end-of-season awards and then the Premier League wrapping up. It’s full on. I’m also working on the coverage of the U17 European Championships on ITV4, which is something very close to my heart because I was working at the U17 World Cup last summer, which was obviously incredible. Then I’ll be in Russia for the World Cup. I’ll be travelling around, covering lots of bits around the tournament. For me, it’s going to be a real adventure and after such an amazing couple of years for my career, from a football standpoint, it’s going to be really nice to be part of it. 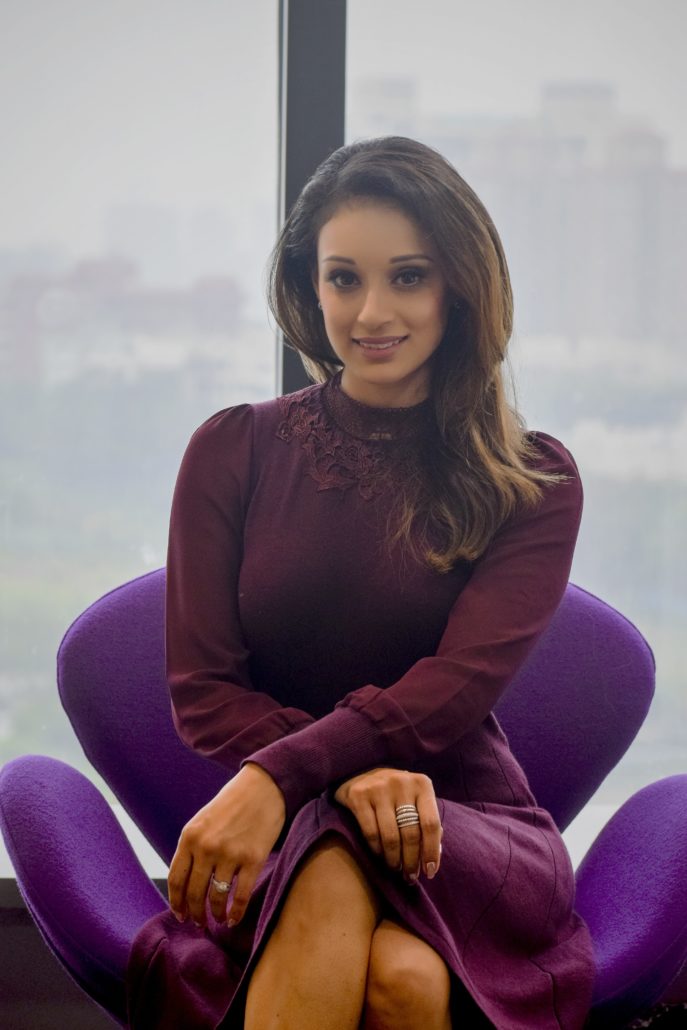 “Know what’s relevant. That’s something you learn as you go along.”

You’re covering so many sports, how do you manage to juggle and switch between them all?

It’s all down to preperation. I liken it to cramming for an exam in many ways. It can be hard, especially when you start presenting a sport that you know nothing about, whether it was the darts last year or the snooker. You really have to study it and try and take on as much information as possible. Having said that, when you’re a presenter, you’re not the expert so you need to understand it and know which questions to ask, but you don’t need to know it to the level of a pundit. For me, it’s really important that you keep fully up to speed with the latest developments and news and, most crucially, know what’s relevant. That’s something you learn as you go along. I’ve trained my brain to retain information and stats. There are also a lot of people around you that you can run things past.

As Seema has said, it is important to conduct yourself in the correct manner when in the workplace. We spoke with Sarah Gilchrist of the English Institute of Sport’s Sport Science Support about being ready for the workplace here.

What’s the best piece of advice you would give a budding young presenter?

Probably that last point. Never be afraid to ask a question. Never be afraid to seek out advice. You do get those moments that you would rather forget but the longer you do it, the less frequently they come along. It’s better to ask what turns out to be a silly question in front of two people who can give you guidance than live on camera.

Active Together
View
Scroll to top