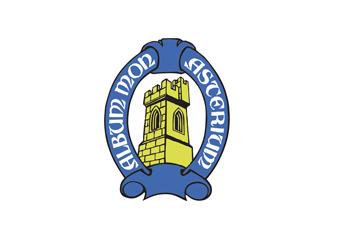 What have Gareth Bale, Sam Warburton and Elliot Kear all got in common?

They all attended Whitchurch High School, Cardiff, in the same year and their PE teacher was Gwyn Morris

“We had 13 students in one school year – including Gareth Bale and Sam Warburton – who had or who went on to gain international experience.”

There was also Sam’s brother Ben, who played to a high level and who is now a physio for Cardiff Blues, and Elliot Kear, who plays rugby league for London Broncos. Geraint Thomas, the GB cyclist, was three years ahead of them while Sarah Thomas has since go on to play at the top level in badminton. I remember they were all very modest, and all very disciplined, and with a strong work ethic. Gareth’s year in particular all pushed each other in an effort to try and reach their goals.

“I always say to my students that somebody has to be a gold medal winner or the Welsh rugby captain… so why can’t it be them?”

As PE teachers, we try and help students achieve by telling them they can do anything they want if they’re prepared to hard work. If, as a PE teacher, the department, school and I played a small part in helping people realise their dreams then I am very proud of that, but there are so many other influences and facets to a child’s development, including their characters, their parents and friends, clubs and Primary schools. If you have a dream and a strong work ethic you can achieve anything, so you might as well crack on and give it a go.

“We have two walls of fame that act as an inspiration to our current students.”

One features framed photographs of all those that have represented Wales at any level or age group. The second is full of International shirts from those who have gone on to win full caps. Representing your country is the pinnacle, and that first cap is special. However, we tell students even then they shouldn’t stop believing. Sam once said you’re not a great player until you retire. He has his feet on the ground and that is why he is Wales captain.

“As a PE teacher I get a buzz from students achieving something they didn’t feel possible.”

I’m often asked what it was like seeing talented youngsters come through and become big stars. To be honest, I get the same feeling seeing somebody swimming a length in the pool for the first time, or someone do a handstand or somersault for the first time, and then watch them tell their parents about it.

The kids at the school now often ask me if I would ever ask Gareth or Sam to pop in or sign a shirt, but I don’t like to. If these guys want to come back, they will… and they have. Gareth came in with a signed Real Madrid shirt and Sam brought his first ever British Lions jersey, from when he played against Australia, and they presented these to the school. Things like that are great because they help inspire the next generation.

“It is privilege to teach PE”

We as a PE department have been asked if we feel any pressure nurturing talented youngsters. The challenge is to try and push them mentally, to help them develop a strong work ethic and to create honest and dedicated students with the character to not give up. There are so many people with ‘what could have been’ stories, so my challenge is to ask my students how far they can drive themselves.

“As a PE teacher we can’t guarantee success, but we can help give students belief.”

Some children develop later than others, so it’s not always possible to tell who will succeed from a young age. Sam was a superb athlete, whereas Gareth was very slight and sometimes wasn’t selected because of his size. Obviously Gareth’s vision, touch and passing ability made him stand out, but sometimes you need a bit of luck. Don’t forget, even when he was playing for Spurs he was close to going out on loan. You’re sometimes one game away from being forgotten, but he had the work ethic to keep going. Geraint is another who has achieved incredible things, in cycling, but he has had to work hard for it. They key is to try and help these individuals achieve a positive mind-set.

“The population is less fitter that it was before and we as teachers need to do something about it.”

We try and tell our students that it’s very hard to make a second first impression, and that being fit and healthy will help them in life, not just in sport. We ask my students if they want to be able to kick a ball with their kids when they’re older and stress to them the importance of a healthy lifestyle.

“Achievements inspire kids, so our role as a PE teacher to help them be the best they can be.”

We currently have budding sports men and women in several individual sports and team games, with aspirations of achieving international status. The key is to keep driving them on to the next phase of their development, to keep telling them that whatever they achieve, they have to keep moving on to the next goal. Even if it’s a case of a long-distance runner in the school cross country championship going from 90th place in one race, to 34th in that same race a year later, that achievement will inspire them to take steps forward.

“The population is not as fit and as PE teachers we need to do something.”

We tell our students that it’s hard to make a second first impression, and that being fit and healthy will help them in life, not just in sport. We ask them if they want to be able to kick a ball with their kids when they’re older, and stress the importance of a healthy lifestyle.