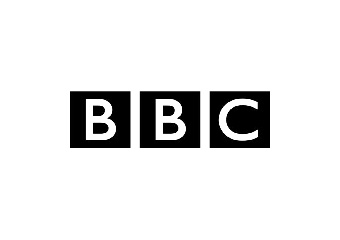 “Use technology to practise your commentating skills”

Phones and tablets give you audio and visual means of recording yourself. Use them, play it back and listen. It’s now easier than ever to practise. I started commentating on my own aged around 12-14. It helped get me used to talking for long periods from a young age, and enabled me to breath at the right time, as well as some other useful skills. Set yourself challenges. Chat for four minutes without a script and record it. Talk comfortably. Speak fluently.

“Go to sporting events on your own”

It’s hard to find opportunities in broadcasting, so do what you can to give yourself an advantage. Go to events with big atmospheres, and try and commentate on rubbish games… mix it up and practise recording your voice. Artists have a portfolio of work, and so should you. If you record yourself 100 times, I guarantee the 100th will be better than your tenth.

If a commentator needs to file a 30 or 40-second match report it can’t be 31 or 42 seconds long. It’s a very important skill to develop.

You will be nervous during your first interview, but it gets easier. Go to your local club and speak to the players, it’s extremely beneficial. I was very nervous during my first interviews. I remember speaking to Graeme Souness and Kevin Keegan, big personalities, and I was awestruck. There’s not much you can do about that, you’ve got to go through the process, but it helps if you’ve interviewed people before.

“Learn, but also get experience”

I’m a big fan of education, and most of my peers have degrees, though not all of them specific to radio or television. Do a degree in something that interests you. However, while you can get the best degree in the world, broadcasting skills are difficult to teach. Take your education as far as you can, so to postgraduate level if possible… but also practise a hell of a lot

If someone is talking on the radio and their intonation is high-pitched, or they seem to be unsure what they’re saying, they won’t convince anyone. Look at Jeremy Paxman, Jeremy Clarkson or Mark Kermode; they’re passionate and they know their stuff. Nobody knows everything to begin with, but you can do a lot to learn all the permutations of your subject matter. The work you put in will benefit you in the end.

“Sport can be unpredictable, but not to the same degree as news”

With news, you never really know what’s going to happen. In contrast, in sport, you know the time, the place, the personnel… you might not be able to write a script beforehand, but you can give yourself reference points. When incidents occur, you need to be aware of the consequences and have a universal 360-degree view. This will dictate how you react at the time.

“If you don’t know something for sure, don’t commit”

I read something recently that said football commentating is a hard job. It is! You have no script and you have to make decisions as quickly as the referee, and then offer your opinion. A good example is when a goal goes in and you’re not sure who scored. It might have come from a cross, with four or five players jumping for the ball. On occasions like that, I’m not watching the ball; I’m watching for boot colours, and other distinctive features. But if there’s any doubt, simply describe it and the celebrations that follow, and give yourself time to analyse what happened.

Broadcasting is changing all the time. Look at social media, for example. And stats… stats used to be scorned upon! Access to players is changing, too. You used to fly with a team to an event, but that doesn’t happen as much anymore, and access is increasingly restricted. This is why it’s important to be nice and courteous to people, because you might need their help one day. Keep people onside, you’re not bulletproof! Try and adapt to changes in order to progress.

Use LinkedIn… whatever you need. Not everyone will be relevant to you, but you never know how the people you meet might come in handy one day. Someone starting out could become a club press officer further down the line, and one day you might need their help. Meet everyone!

You might meet a manager in the tunnel before the game, and he might share some information with you, off the record. Treat it with the respect you were given it. If you use it, you might not get given info like that again.

“Be open to ideas”

Access routes vary in radio and television. I met a guy recently who wanted to work in music and he got offered an opportunity in news. He rejected it. I would recommend taking whatever you’re given. It’s much easier to manoeuvre around the industry from the inside. Don’t specify too early in case you restrict your chances of landing that first job.

QPR in the Community Trust
View
Scroll to top