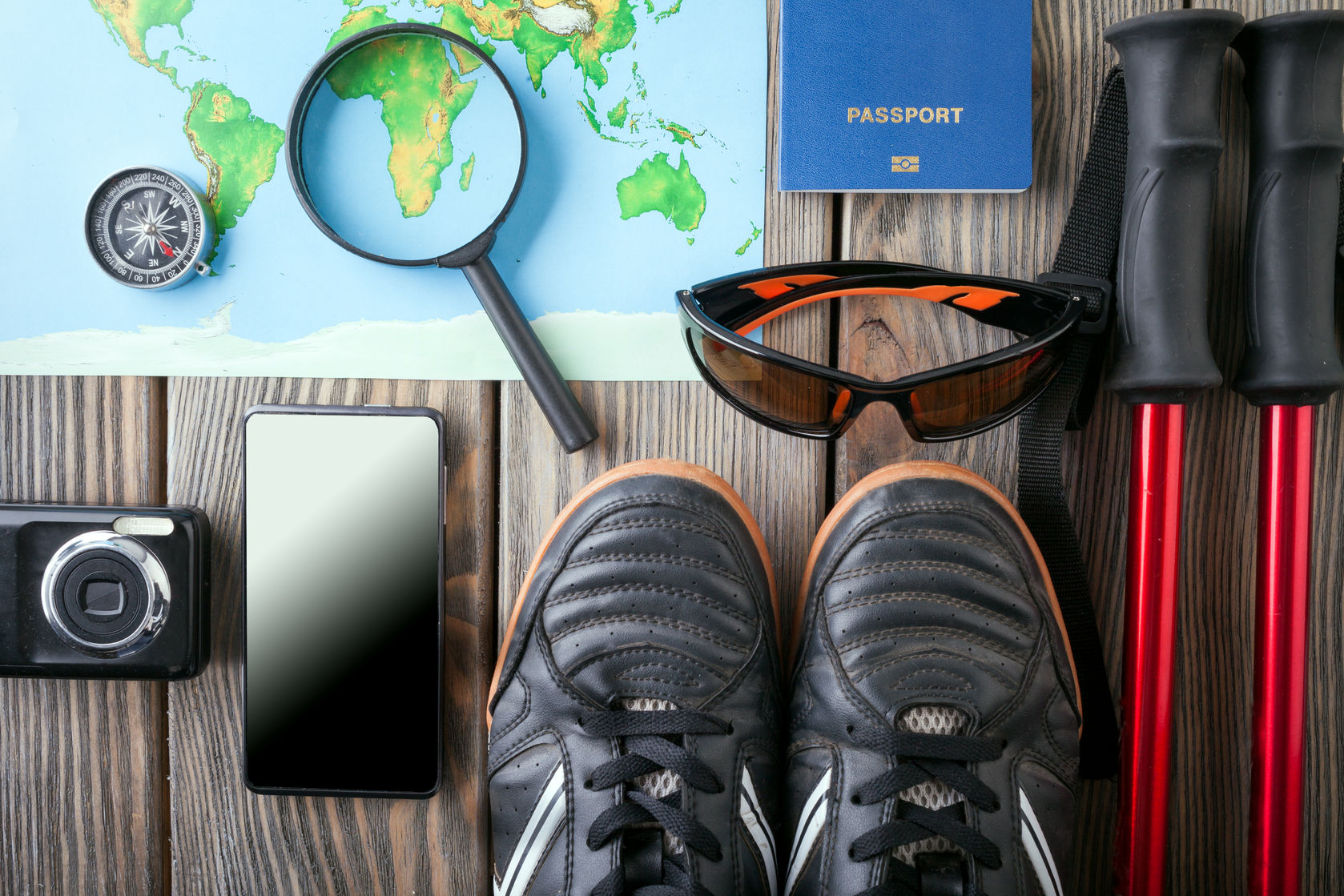 If you’d love to travel but worry how you’ll finance it, then there are plenty of opportunities to work as you see the world, as these three case studies explain…

Whilst I was at Southampton Solent University studying football a friend of mine decided to travel to the US to do some coaching between his first and second years and asked if I had considered sports jobs abroad. When he came back, he raved about his experiences in Hawaii so together with a friend of mine, we decided to look at sports jobs abroad and give it a go ourselves in the summer of our second year.

We both did a three-month contract and I loved it so much I went back at the end of my course for nine months, and I’ve been doing that for the last four years!

In my first sports job abroad I worked as a coach at a summer camp. You would basically arrive on a Sunday and meet the family that would host you for the week. You’d then coach the local kids between 9-12, or 9-3 every weekday, which left you plenty of time to see sights and socialise. Every week you would move somewhere new, meaning you’d meet a new family each time, as well as new coaches and kids. It was great meeting new people all the time and

I still keep in touch with the people I’ve met in the last few years, including seven or eight families, from Chicago to Hawaii. Some people I’ve worked with have made really useful contacts; I know one guy who landed a job in Hollywood through one of the families he stayed with!

It’s great spending time with likeminded people, and you get to see so much. One of my favourite memories from all my sports jobs abroad is driving from Houston to LA over three days, which sounds horrendous, but was actually amazing.

In 2015, I was approached about more of a managerial role. This means that now, when I’m home in England between seasons, I get involved with the sales and marketing side. I’ve also been lucky enough to coach with some professional clubs out there, too. It’s excellent experience and they really take the coaching of kids really seriously.

I would really recommend the experience and to consider the various sports jobs abroad. It certainly beats going straight into an office job. I would say I probably earn less than my friends, but travelling has matured me, and the life experiences and stories far outweigh the financial side of things. The money within sports jobs abroad is okay. You don’t have many outgoings, so while you’re not going to be stashing money away, you won’t be short either.

I’ve actually recommended it to my brother to try and help improve his confidence. I’m sure my folks won’t thank me for encouraging him so that we’re both away, but they’ve realized how happy I am doing what I do.

I was working as a freelancer in London when a mutual contact alerted me to a 12-week contract working at London 2012.

At the time it was a big decision [whether or not to do it] because I was already busy, and taking a 12-week contract meant that I wouldn’t be able to fulfill my regular work obligations. In spite of this, I decided to do it, and it was a brilliant experience. Four years later, I was contacted about working at the Rio Games.

The work in London had been tough, but rewarding. I had worked as a sub-editor, though there were many reporter roles to choose from across a range of sports. I had a fairly rudimentary knowledge of a lot of obscure sports, so the subbing work suited me. Plus the shifts were more organised. There were long hours, but they were more structured than those of the reporters. The work was very different to what I’d done before in both print and online.

When I was asked about the sports job abroad in Rio, again it was a big decision. I had two kids to consider, but I couldn’t turn down the chance to experience working in Brazil.

I headed there three weeks before the event started, during which time I met the team I’d be working with, got used to the system we’d be using and spent a lot of time reading up on the nuances of various sports. There were many cultural differences in the way people consumed sport, and it took time getting used to the times we’d be working; as many of the sports took place at times that suited US television.

It was quite weird when I first arrived in Brazil, like a journey into the unknown. It felt novel, working somewhere new. It was exciting flying out. Within a week it felt totally normal because you were in the pockets of the same people all the time. I also got to know the intricacies of the work we’d be doing. When the games started it was chaos, but it was very exciting being part of a live event.

I tried to do as much as I could when I wasn’t working. For me, it was a rare chance to do things without having to chase after two kids, so I seized the opportunity to eat out, see some of the sights and spend some time around the pool. I would definitely do it again. Count me in for Japan 2020!

I set up Sporting Opportunities in 2002 and have been lucky enough to travel extensively. Initially, I took a gap year to backpack around Africa. I wanted to recharge my batteries and take a break from studying while seeing what else was out there. When I returned to my photography degree, a friend and I were invited to get involved in a project in Ghana. While there, we noticed how much sports talent there was, which gave us the idea of setting up a school and football academy and inviting international coaches (those on a gap year or studying sport at university) to help train the kids while getting a bit of life experience themselves.

At the time, nobody else was doing sports community projects like this, so it proved extremely popular. We haven’t looked back since. Now, from our various projects around Africa and beyond, some of the kids we coach have gone on to gain scholarships in America and beyond because of their sporting ability, which is an amazing achievement for all involved.

15 years on, we’re now global, having sent thousands away on life changing sports experiences. We have a huge network of reliable people working across South America, The Caribbean, Africa, stretching right down through Asia, Australia and the South Pacific, so a sports trip with us can take you into some really interesting places.

We also offer a lot more than sports jobs abroad, having expanded our opportunities into sports management internships, physiotherapy and sports psychology. Our range of sports jobs abroad really can set you apart in a future job interview. You will be challenged and tested in the field of work you are most passionate about and engage in communities totally different to what you are used to. And if this is not your thing, then Sporting Opportunities also offer trips abroad to train and play in your sport or gain an instructor qualification in the water and winter sports industry. Something for everyone!

I started out by taking a few risks, believing in the power of sport and how it can unite people throughout the world. It’s important to have a vision in life and I am glad that my vision has become an exciting reality. We now work with more than 20,000 kids a year, giving them a wide range of opportunities, so if this is not worth getting out of bed for then I do not know what is.

Sports jobs abroad, travel and your adventure may just change your life too!

Are you keen to look for sports jobs abroad? Check out our jobs board for the latest vacancies.