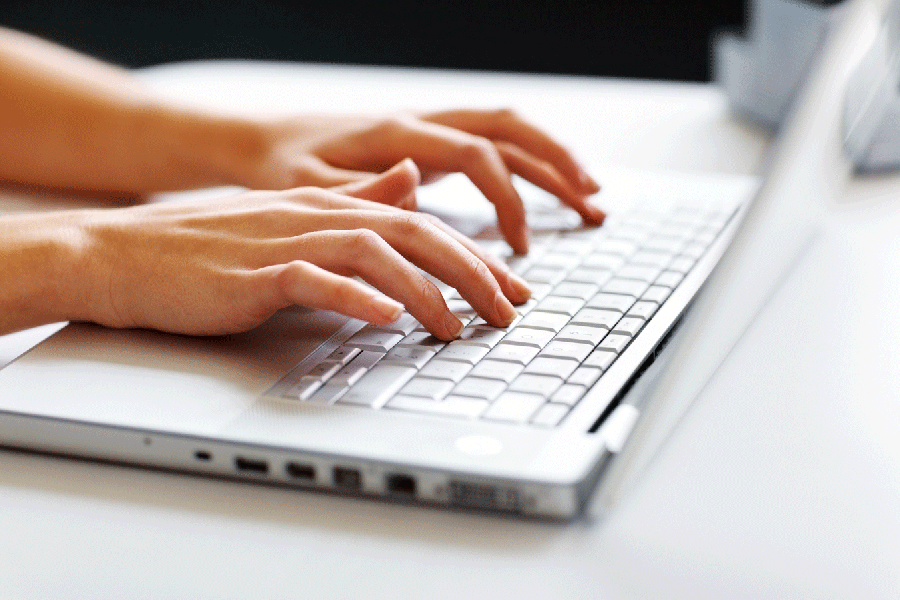 The world of sports journalism is fast paced and in a constant of flux. Here, Simon Walter explains what it’s like to be a sport journalist.

For over a decade Simon Walter was one of the English game’s most respected local cricket correspondents for Southampton’s Daily Echo, covering Hampshire and England all over the country. Here, he tells us what it’s like to be a sport journalist in an ever-changing and fast-paced world.

Between 2002 and 2011, I would be travelling up and down the country with Hampshire, going to their matches across all competitions at home and away. What a fantastic way to make a living. Things have changed quite a bit now with cut-backs and the ECB launching their cricket reporters network, but it was genuine privilege to be involved in county cricket at that time. There were a lot of pinch yourself moments in that time, not least during the 2005 season when I got to spend time with Kevin Pietersen and Shane Warne before the famous Ashes series that summer. Hampshire also won their first trophy in 13 years that season too, so it was an incredible time to be writing about cricket.

I took a fairly traditional route into the trade. I did an NCTJ (National Council for the Training of Journalists) after graduating from university. I had a media degree, which did involve some journalism training but didn’t include all the qualifications that were required for that first job in the industry. The NCTJ is still the recognised route into newspapers and effectively teaches you everything you need to know in terms of law, contempt of court and also things like shorthand as well. It seems strange to say in a world where you have so many devices at your fingertips but being able to get words down at 100 words a minute is still a fantastic skill which a lot of editors still insist on. And if technology fails then it’s still a handy back-up.

You need to be persistent, that’s something I will say. I applied for a lot of jobs before getting my first break at the M&Y News Agency, which was in Southsea when I started. I was in a small office on the seafront and we would cover general news and also sport. As a grounding it couldn’t have been much better. I would be covering court proceedings one day and then heading off to cover football matches at the weekend or in the evening. It was all for national newspapers and we would cover Portsmouth, Southampton, Swindon Town and then occasionally Brighton or Bournemouth. We had three or four of us covering every home game for those clubs over the course of the season.

I remember reporting at the last game at the Dell, when Matt Le Tissier scored the final goal at the ground. I also managed to see one of the last days play at Hampshire’s old Northlands Road ground as well. It was a great time and Pat Symes, who still co-owns the agency, was a brilliant man to learn from.

When the job came up at the Echo in December 2001 I jumped at the chance. Now, almost 20 years on, a lot has changed but I think the skills you need to be a good journalist today are the same that you needed back then. Namely, the ability to identify and tell a story as well as communicating with people – you always get your best stories talking to people rather than waiting for something to drop on your lap.

A lot of jobs in journalism these days are desk bound but to really get the most out of the profession you need to be out there really getting under the skin of sport. The human interest angle is always something that fascinates the reader. Journalists should always have and maintain that natural curiosity. You also need an interest in sport, that’s something that goes without saying. And anyone looking to be a sports journalist not only needs that passion, they also need to be able to put together a story – and the best way of doing that is by reading and learning from as many writers in the national and regional press as possible from a young age.

But you don’t need to know everything about a sport to write an entertaining and interesting story. I remember doing an interview with Stacie Powell, who was part of the GB diving team for the 2012 Olympics. She was studying astro-physics at the time, which I can’t say I knew too much about. It was fascinating talking to her. Journalism, as anyone will tell you, isn’t rocket science. But it was that day.

So now you know what it’s like to be a sport journalist are you interested in a career in sports media? Check out more career profiles, latest news and jobs from the sports media industry on Careers in Sport HERE.