You are here: Home / News Articles / How to get ahead in a career in football coaching 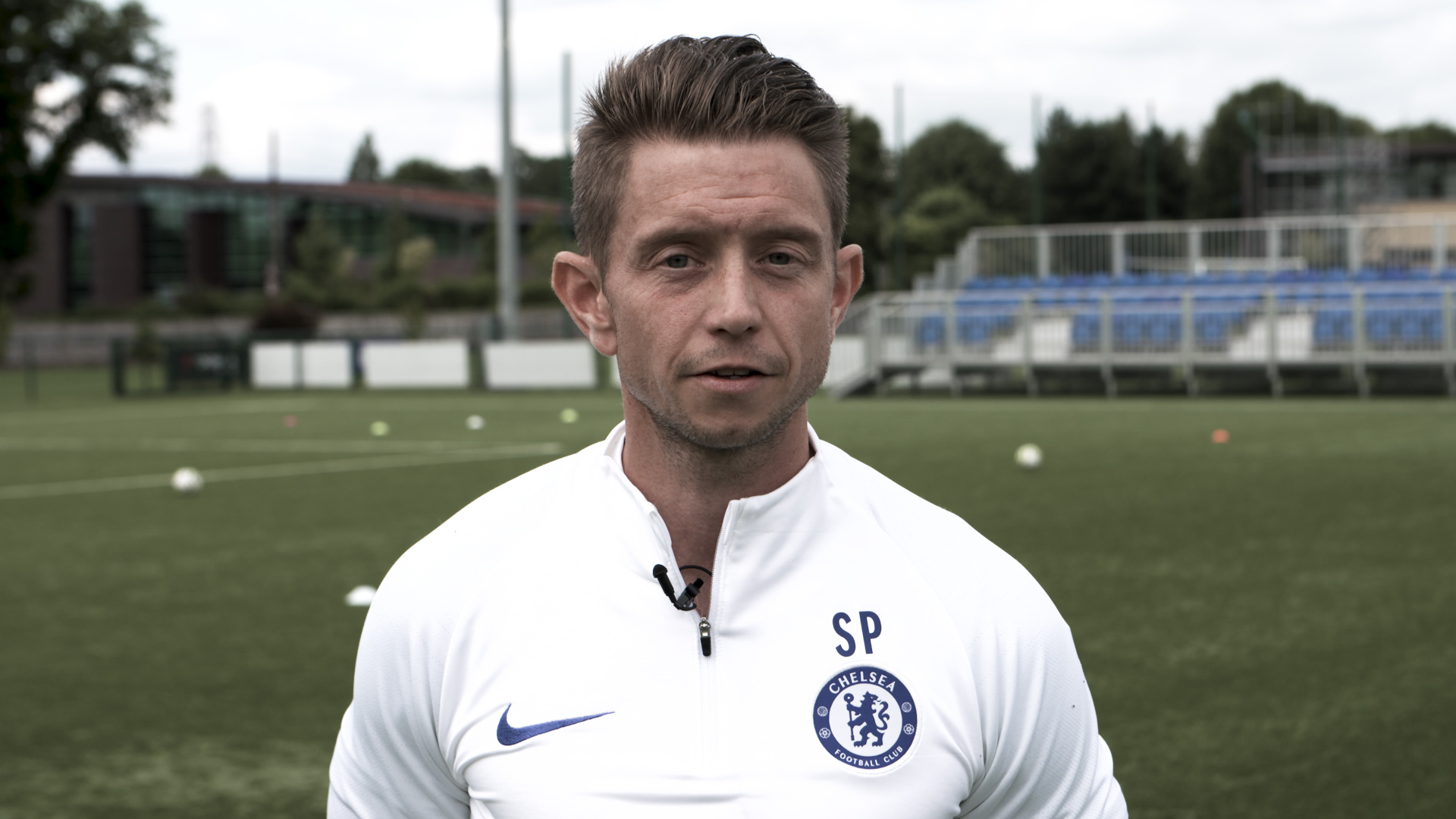 Sam Page, an U11/U12 Head Coach & Digital Player Development Coach at Chelsea, talks us through his career in football, his roles and responsibilities, how he got there and how you can too.

To have the words ‘Chelsea Coach’ in your job title would be a dream for most of those with aspirations of working in football/sport. For Sam Page, the coach of Chelsea U12s, though, his current position is the result of years of hard work and continuous self-improvement. Here, he tells Careers in Sport, how he broke into football coaching, the path he’s taken since, and what the future might hold for his career in football.

Tell us a little bit about your current role in football…
I’m the U12 head coach and also a digital player development coach here at Chelsea. I’ve been involved in the club for 13 years now. Like a lot of the staff in the academy, I have a dual role. My digital coaching role reflects how as a club we appreciate that football coaching is now interspersed across all realms of children’s lives. We are trying to explore that world and see how we can engage with players across all our age groups using innovative technologies.

How did you get into football coaching originally?
I grew up playing the game, like a lot of other people. I played for the county, in district football, at university and then in local non-league football. But I was never going to live the aspirations I had as a player. I coached Wokingham Town U18s and then ended up coaching the senior team. I was studying for a Masters degree in sports coaching at Brunel University and I was recommended by one of my lecturers to someone who was involved with Chelsea. At that time Chelsea were restructuring their academy and developing their coaching department. So basically I was studying for a post-graduate degree, got recommended by one of my course tutors and things kind of progressed from there.

How have you progressed at Chelsea since?
I started coaching in the club’s pre-academy and from there moved into an academy job, coaching in the younger ages whilst also working with the U18’s as a performance analyst. I remember the day I first drove into the training ground at Cobham – it was a special feeling. It’s very easy to become blase about it having been there for so long. I’ve been here 13 years now, but I never forget that feeling. I grew up loving football, I’m very passionate about it and that moment was pivotal. I worked really hard to make sure this was something I was going to do on a full-time basis.

Besides improving them as footballers, what do you consider to be other important elements of the job?
Not all of these players will make it into the first team but it’s our job to try and make sure that we have these players in our system for as long as possible. It’s a massive responsibility. We all consider ourselves very lucky to have a job working with such talented young players and our role is to help them fulfil their potential. But it’s about the bigger picture of helping them grow as people as well.

How important is it to not lose sight of that bigger picture?
They are still kids. It doesn’t matter if they’re well ahead of their age in a football sense – we don’t want them to grow up too fast. We don’t want them to lose that playful element to their development. We want them to fulfil their potential, but we don’t want to take away their childhood. I’m sure most football clubs are the same. You need to create an environment where children can still be children.

You’re obviously dealing with some very talented young footballers but do the truly outstanding players have a key characteristic?
Talent development is often about managing children who have a gift – whether that’s their athletic gift, their technique or their ability to read a game. A lot of these players have something special. It’s our job to keep nurturing that talent. I was a university lecturer on this subject for a number of years and even research tells us that it’s incredibly difficult to identify what talent is. That said, some of the key indicators have been psychological characteristics. Callum (Hudson Odoi), as an example, he’s often thought of as a luxury player, however he was incredibly dedicated, he had a desire and hunger to get better. He had a strong winning mentality but was also a great character who had a positive and infectious personality. You need the will and desire to get better. And yes, these players will have their ups and downs but they come through those knocks, that’s all part of the journey as an academy player. One of the key things we have to do here is nurture them through those ups and downs.

What advice would you give someone looking to follow in your footsteps and establish a career in football?
One of the biggest things when you’re looking to develop a career in football coaching is to work hard and say ‘yes’ to lots of opportunities. Work in lots of contexts, try lots of things. I have been a football coach, performance analyst and university lecturer, all these experiences significantly helped to develop me. Doing this can help you make much more informed choices about the path you want to pursue.

Interested in a career in football? For more interviews and career profiles from professionals working in football visit our ‘Football’ section on Careers in Sport.