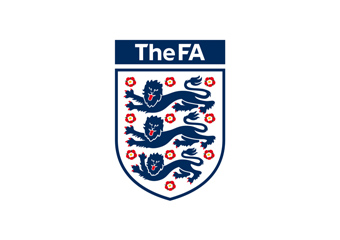 "As soon as the gates open, it's showtime,"

Lucy Roberts-Hartley is directly involved with all the off-the-pitch action in big calendar event as Brand Manager for the FA.

The first job of the day is to check all the static branding, particularly the areas with a high broadcast pick-up. These include the area where the teams arrive, the tunnel and mixed zone. The branding can go up two or three days in advance, sometimes it’s the night before, but we walk round to check it’s all present, correct and clean. The holding area, where the players wait before kick-off, is branded in club colours too, which looks amazing! During the semi-finals there’s a quick turnaround required after the first semi-final for the second just 24 hours later!

We check the digital branding, which includes all platforms inside and outside the stadium. First we check the external screens, then test the big screens inside the stadium. The company that produces all the graphics takes us through each one individually. We also check the perimeter boards and LED screens and check all animations and spellings of players’ names.

We tend to have a running order meeting, at which point we scrutinise all events including use of all music, PA scripts, graphics, screen entertainment and on-pitch activity. Everyone involved on the day attends, so it can include AV companies, presenters, runners and VT producers. This is done pitchside, so it can be noisy! This sets the agenda for the day ahead, though of course we will all be well versed with events already.

As countdown to the kick-off continues, I’ll run through all the content alongside the running order inside and outside the stadium. As soon as the gates open, it’s show time, so if something hasn’t worked, or isn’t going to work, we pull it.

The Emirates FA Cup final is the pinnacle of the football season and a lot of campaigns culminate on this day, or are activated on the day itself. For example, in 2016, we invited social influencers for a full VIP experience. Take the Sport Bible, for example, they were given behind-scenes access and, along with our PR team, they share their experience on their channels to what is a younger audience than ours. We also have competition winners in attendance, and they’ll also get the VIP experience. This year, they met Tinie Tempah, who was part of the pre-match entertainment.

I like to work, meet and greet VIPS from our main sponsors and partners. I’m able to show them round the stadium and explain how we’re activating their sponsorship throughout the day, and of course we take them pitchside. There’s a lot of walking involved!

At this point we’re really building up to the game, so we’ll check that our content is being shared across all our social channels. This year, we tried to reach out to fans away from the stadium and invited those watching at home or elsewhere to send pictures, which we moderated before adding to our internal screens. At this point, it’s great to take a second to watch the fans arrive. Often a sea of contrasting colours, it’s great watching both sets of supporters flooding towards the stadium or enjoying the fan parks.

Thirty minutes to kick-off, so I’ll find a seat behind the dugouts and try and watch all the entertainment as the atmosphere builds. There is so much happening on the pitch – including pyrotechnics and flag reveals – and on all the screens. Here, I can keep an eye on all the branding.

Kick-off! I might join the event staff for a quick bit of food before preparing for half-time. Sometimes we have entertainment, or competition winners to be awarded at the break, so we’ll take them pitch-side via the mixed zone ready to go on the pitch when the game stops. There’s a lot to do in the 15-minute break, including a highlights show on screen, and escorting competition winners back to their seats.

I’ll try and watch the second half with my dad, who will update me on the game itself! This is the first time you really get a chance to enjoy the match. Before the end, I’ll support the events team, whether it’s preparing for the presentation or extra-time. One job is to take the ribbons of the losing team off the actual trophy. The cup is then given to our military guests, who take the cup and ribbons to the Royal Box. Then it’s a case of getting the players to receive the trophy, in order behind the captain and once they’ve lifted the cup, it’s back to the pitch for the team celebrations. At this point, my work is done, and as soon as the team retires to the dressing room, and the broadcasters end their coverage, it’s radios off and upstairs for a drink. Done for another year!

If having amazing experiences like this pencilled into your calendar all year appeals to you then you should consider the role of  a Brand Manager. There are lots of other careers directly involving sport, why not check out our other profiles here to see if one of those appeal more. 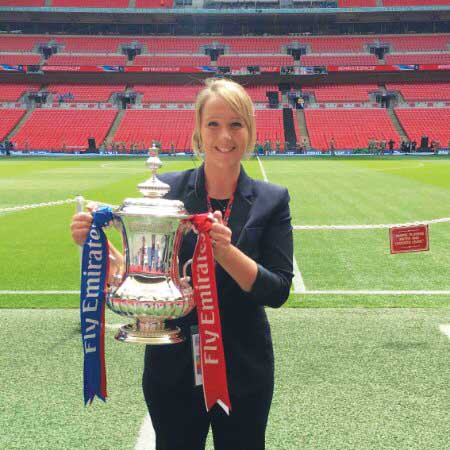