IMG has major relationships with broadcasters around the world, and is involved in work with FIFA, UEFA, the Premier League, European Tour Golf, the UCI, the Asian Games Federation and World Snooker. In the UK, IMG produces the Snooker World Championship and the BDO World Darts Championship.This is a practical course in which students learn about all forms of sports production, including creating their own stories and collaborate with those in other specialisms – with all production costs met by the School.

Specific areas taught include sports programming landscape in the UK and worldwide, producing sports and live events, developing, pitching and responding to briefs and budgeting for Sports Productions.

Students not only have access to the NFTS’ high quality production facilities, but also visit IMG Studios as well as other major sports production houses.

?This course is industry recognised by ScreenSkills, the industry-led skills body for the UK’s screen-based industries, and carries the ScreenSkills Select quality-mark which indicates courses best suited to prepare students for a career in the screen industries.?

For nearly half a century, the National Film and Television School (NFTS) has developed some of Britain and the world’s top creative talent – for which we were honoured to receive both the 2018 BAFTA for Outstanding Contribution to British Cinema and the Queen’s Anniversary Prize for Higher and Further Education.

The NFTS runs more than 30 MA, Diploma and Certificate courses – as well as numerous short courses – across a range of film, television and games disciplines. We have more behind the camera courses than any other film school, including core craft areas such as directing and cinematography as well as specialist areas such as script supervision and production accounting. Our students are taught by industry professionals, with access to state-of-the-art facilities and once-in-a-lifetime masterclasses from world renowned film, TV and games maker.

Our graduates include Oscar-winning cinematographer Roger Deakins, Oscar winning animator Nick Park, creator of Wallace & Gromit, acclaimed directors Lynne Ramsay (You Were Never Really Here, We Need to Talk About Kevin) and David Yates (the Harry Potter series, Fantastic Beasts and Where to Find Them) and renowned documentary makers Kim Longinotto (Pink Saris, Gaea Girls) and Nick Broomfield (Whitney: Can I Be Me, Kurt and Courtney).

The School is recognised internationally as a model of excellence in specialist higher education and one of the world’s pre-eminent institutions in film and the moving image; it is consistently the only UK film school to be listed in the Hollywood Reporter’s top international film schools list and has been described in the Guardian newspaper as the ‘World’s Best Film School’. 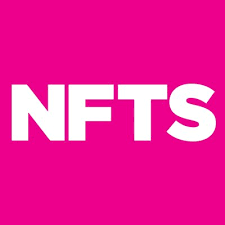