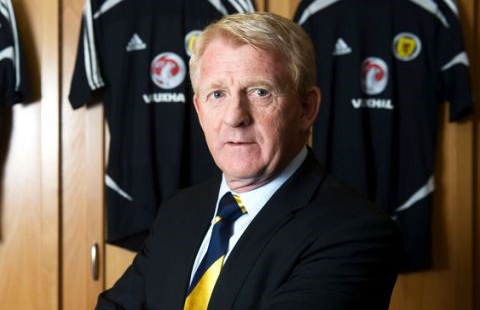 SCL Education & Training are delighted to extend their partnership with the Strachan Football Foundation, which will see the two organisations empowering the next generation through a football education programme.

Launched in 2011, the foundation was the brainchild of former Scotland and Glasgow Celtic manager Gordon Strachan, who has seen more than 300 students turn their lives around thanks to the scheme.

Making a difference has always been in Strachan’s mantra even as a player, having been a tenacious midfielder for the likes of Aberdeen, Manchester United and Leeds United where he picked up numerous accolades.

Capped 50 times by Scotland and going on to manage his country in 2013, Strachan now positively impacts on the lives of hundreds of youngsters through his programme which is aimed at 16-18-year-olds.

The two-year programme, which is based at Rugby Town Football Club in the Midlands, allows students to complete a range of qualifications including a BTEC Level 3 in Sport as well as the chance to showcase their footballing talent under the watchful eye of UEFA licensed coaches.

Not only that, the foundation has welcomed guest coaches such as England Under-21 manager Aidy Boothroyd and former Everton and Republic of Ireland midfielder Lee Carsley in order to aid the student’s progression.

The academy also takes part in the SCL sponsored Development League, and in 2015 they were crowned English Colleges FA elite national champions with a 1-0 victory over Birmingham City at St Andrew’s Park.

The foundation is certainly making a difference to the lives of youngsters in the Midlands, the programme seeing a number of success stories off the field too.

Strachan, along with his two sons Gavin and Craig as well as his best friend and UEFA Pro License coach George Mackie, set up the foundation to make a difference.

“Here at the Strachan Football Foundation, we have really enjoyed working with SCL and we’re delighted to extend our partnership,” said Strachan.

“Sport and education are a superb combination and it’s great to see the progress that the programme is making, with a number of feel good stories coming out of our academy.

“We’re not just looking for the best footballing talent – there are opportunities off the pitch in football as well as a pathway into employment away from sport.

“For us it is about changing people’s lives by building their self-confidence and helping them to realise their potential through education and sport.

“We’ve had lads who have gone on to work in sport science or become coaches, while some have been lucky enough to make it as a professional.

“We’ve also had guys who have gone into employment on the back of the programme, having experienced considerable personal growth and that is ultimately our aim.”

Lawrence Blair, SCL Partnership Director said: “The Strachan Foundation has really gone from strength-to-strength since it was launched eight years ago and I’m thrilled to have extended our partnership with them.

“Gordon Strachan is a well-known figure in the world of football and his vision and values for the development of youngsters through sport and education are perfectly aligned with ours.”