The National Governing Bodies of sport, also known as NGB’s, are an essential element of sport that governs and administers a sport on a national basis, whether that be for the whole of the United Kingdom, Great Britain, or for one of the Home Countries individually.  Aside from overseeing rules, clubs, coaching and competitions, the NGB of each sport decides how to spend income generated by membership fees, TV rights, Lottery Grants and investment from Government and the four UK Sports Councils.  Traditionally NGBs are viewed as the guardians of their sport, they’re important social institutions, influencing who gets to play sport and on what terms.

Sport is a particularly important aspect of UK society, involving a significant number of participants and spectators, occupying a key role in furthering the nation’s health, and, at the elite level, a source of considerable national pride.  NGB’s include organisations such as The Football Association, Rugby Football Union and England Athletics.

An NGB would be expected to deliver the following functions within its area of jurisdiction:

To be able to deliver the functions, a recognised NGB is likely to undertake the following activities: 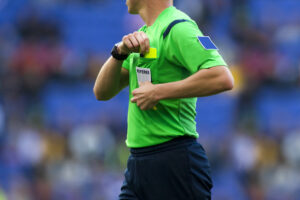 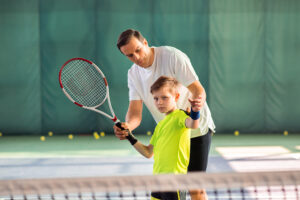 National Governing Bodies have always gone about increasing participation and accessibility within sport, establishing new and improved ideas to overcome the hurdles within the industry.  In 2005 – 2006, participation rates in sport were stagnant, established ways of thinking and doing were clearly not meeting the demands of modern society. In response, Sport England ceased investing in strategies that were failing to attract new participants. This encouraged national governing bodies to think beyond their existing membership and club structure and learn about the lives and sporting needs of all those not playing sport who, with the right offer, might.

The challenge NGBs faced was to find versions of their game which responded to the issues potential players saw as important and finding a way to overcome these issues.  Some of the most common issues presented were people wanting sport to involve less commitment, be less serious and be more financially accessible to all.  Many people can’t afford the time and money to play twice a week, every week, which as a result excludes a huge proportion of society wanting to play sport. The FA, realising that the full 11 a-side game was at conflict with modern lifestyles, responded. Their investment priorities shifted towards smaller-sized versions and recreational formats of football which allowed for further accessibility across the sport.  As well as this, many people are not interested in competitive forms of sport that demand structured training sessions. Rather, they want to play with their mates in teams that don’t select on ability and play for the ‘feel-good’ factor. Catering to this, Volleyball England designed their Go Spike programme for recreational players.

In regards to sport being more financially accessible, the idea of no membership fees was widely supported.  The prospect of being charged by a club, regardless of whether you attended, was a negative factor. Instead, pay and play, subsidised and – if possible – free sessions were preferred.  In response, Badminton England developed No Strings Badminton. The scheme aims to provide an attractive offer to those wanting to play badminton socially, but unable to commit to becoming club players, which both addresses the issues of financial accessibility, less commitment and adopting a less serious approach to sport.

Factors on what is wanted in sport also varies in terms of gender.  Research into the wants of women within sport varied significantly in terms of what was actually on offer. Many women lack the confidence to exercise alone.  Providing activity to existing groups of women significantly reduced barriers to participation based on low self-confidence and low self-esteem. Aside from exercising alongside people they knew, selecting a venue that was familiar to participants also helped greatly.

While sports organisations were finding new ways to increase participation, Sport England funded several centres of expertise: WSFF, EFSD, Sporting Equals and StreetGames. The purpose of these organisations was to narrow the gaps in participation between rich and poor, women and men, BME and White British Individuals.  In response to this, Sport England funded StreetGames to work with 12 priority NGBs in order to find ways of bringing sport into disadvantaged areas. This involved finding out what young people wanted from particular sports and responding with new approaches. These were tested in Doorstep Sport projects and other settings. New training courses for coaches and leaders were also offered.  Doorstep Sport soon became an established type of sports delivery. NGBs started to apply the insights from Doorstep Sport to increase participation in their sport amongst disadvantaged young people.

Listed below are the 12 priority NGB’s:

Overall, the role of NGB’s in sport is fundamental in managing, improving and developing the sport industry.  They provide the framework for change within the industry, establishing increased accessibility for all and widespread love for sport. 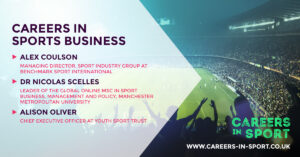 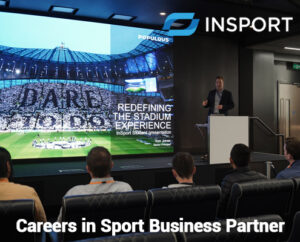 InSport Education courses for ambitious students in the sports industry